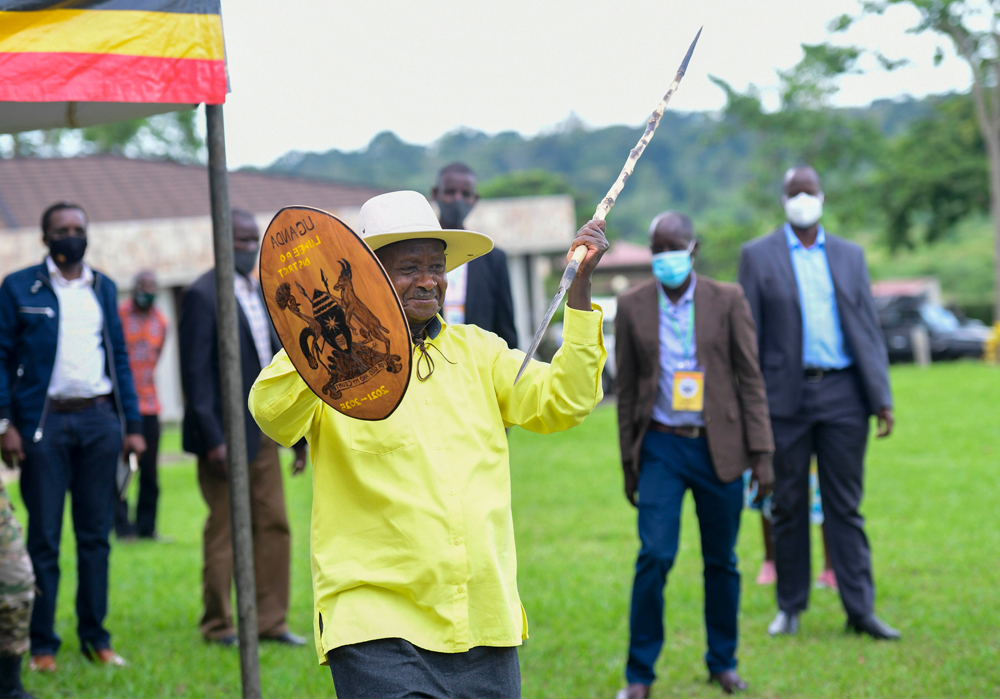 President Yoweri Kaguta Museveni is a man of strong convictions and rare courage. He takes risks and pursues national interests above his personal comfort and safety. He is a result-oriented leader, whose calling to politics is borne out of a deep and unwavering commitment to finding lasting solutions to the challenges of society.

He displays exceptional understanding of the historical and social challenges of African societies. This is what inspired his direct involvement in the liberation and emancipation of his countrymen and women.

Museveni has been politically active since his school days. He started waking up Banyankole from poverty as early as 1959 when he joined Mbarara High School. He strongly discouraged nomadism. Later when he joined Ntare School, he doubled as president of the debating society and scripture union. These helped perfect his convictions and shaped him for leadership.

His political awareness and ideological orientation became more focused during the three years (1967 to 1970) he spent at the University of Dar es Salaam. The university provided a very conducive atmosphere for pan-Africanism and anti-imperialism. While there, he became the president of the University Students’ African Revolutionary Front (USARF), providing an opportunity for him to gain mentorship from President Julius Nyerere. It is while at this university that he developed far-reaching pan-Africanist and revolutionary ideas.

Museveni was instrumental in forming Front for National Salvation (FRONASA), which was the core of Ugandan fighting groups that, together with the Tanzanian People’s Defence Forces, ousted Idi Amin’s regime in April 1979.

On 29th January 1986, Museveni became President of the Republic of Uganda after leading a protracted five-year liberation struggle. This was a people’s resistance, with no external base, relying entirely on popular community support, to save their country from total collapse and abuse of the dignity of human life. 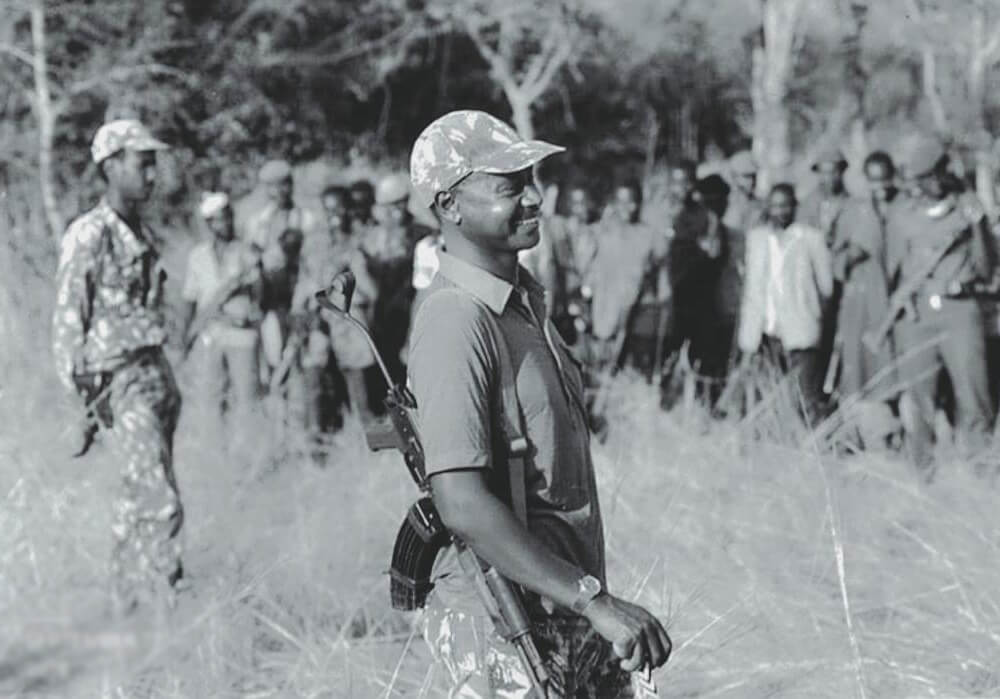 Upon coming to power, he laid a firm foundation for reconciliation and national harmony, proving that people of differing cultural, religious and political allegiances can form a broad-based government.

Since 1986, NRM, under the leadership of President Museveni has demonstrated the revolutionary effect good leadership can have on a country. He inherited a country and an economy in ruins. The colonial enclave economy had almost disappeared by the time NRM took power. Under Museveni’s leadership, NRM initiated socio-economic policies designed to combat key challenges, including insecurity of persons and their property, extra-judicial killing, and rampant shortages of essential commodities.

Uganda, under Museveni’s leadership, has registered tremendous steady progress in all sectors of the economy. The size of the economy has grown close to tenfold since 1986. The GDP per capita has also increased. Ugandans today live healthier and longer lives. They are better educated. Children no longer die of preventable diseases and are attending school free of charge. Infrastructure has tremendously improved. The total tarmacked road network has increased fivefold. Electricity generation is no longer a problem. Our challenge now is transmission, distribution and cost. Telecommunication has improved, almost every adult has a phone. 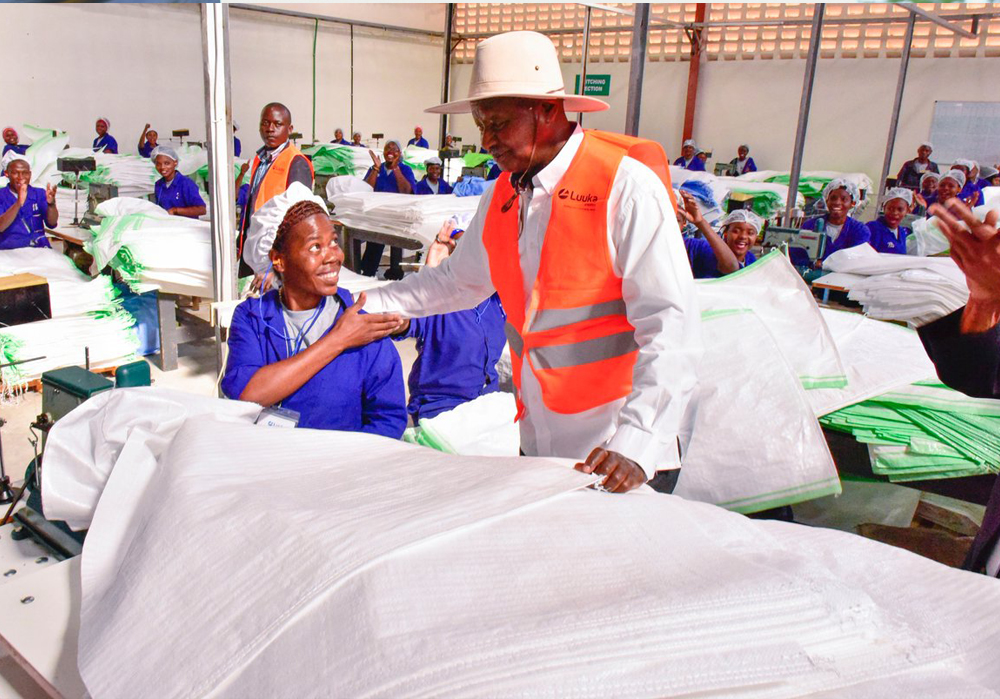 Under President Museveni’s leadership, Uganda has significantly contributed to regional peace, security and stability. For instance, Uganda supported the African National Congress (ANC) of South Africa by hosting its fighters and training them for the liberation of South Africa from apartheid. Uganda also contributed to the restoration of peace in Rwanda, resettlement of her refugees and ending the genocide. Today, Uganda is a host to refugees from across the region and beyond because it is a safe country, unlike the days when her own people filled refugee camps in the region.

During his time as President, the Uganda People’s Defence Force has played a vital and positive role in the Democratic Republic of Congo, South Sudan, Somalia, Sierra Leone, Liberia and Central African Republic.

President Museveni is a strong advocate of African unity and integration. He is among the African statesmen increasingly credited for championing African unity. Indeed, African diplomats fondly refer to him as “the African Bismarck”. He is driven by the urgent need to permanently cure Africa’s vulnerable position in the global arena of economic and political giants.

Museveni’s transformative leadership has earned him several accolades, including:

Museveni has successfully ensured security, democracy and delivery of social services for the betterment of Ugandans.

It is no accident, therefore, that Uganda is today enjoying peace from corner to corner of the country and with its neighbours. The country is now seen as a beacon of peace.

Museveni is happily married to Janet Kataha Museveni, with children and bazzukulu (grandchildren).