We shall work with everybody, Mukula assures the people of Soroti 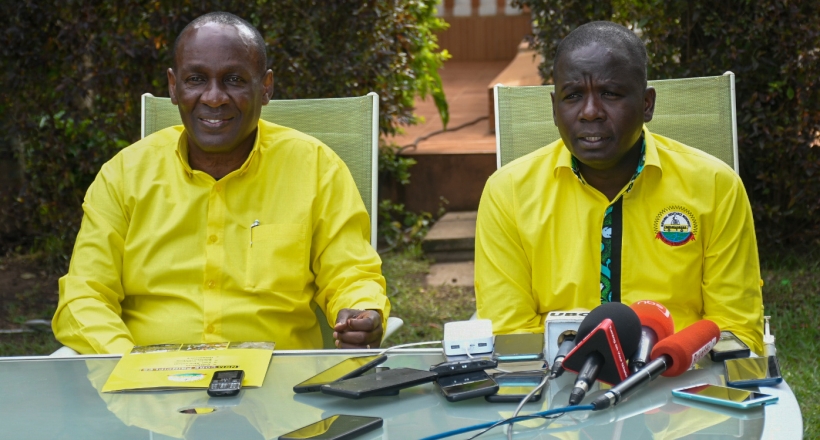 The NRM Vice Chairperson for the Eastern Region, Capt. Mike Mukula, has thanked the people of Soroti City for their overwhelming support that led to the successful election of Hon. Herbert Edmund Ariko as their legislative representative.

While addressing the press today at his country home in Soroti City, Mukula said that since the party has won as leaders, they are going to go through a healing process both internally and externally.

"As a party, we expect to bring everybody on board." "Our initiative is to be embraced as a mass party and to work with everybody." Mukula said.

He noted that the party's focus will be on hastening the socioeconomic development in the constituency and raising the average household income locally.

"As a party in leadership, we're going to expedite and ensure that the Parish Development Model is entrenched in the people to bring them into the money economy," he noted.

On his part, Hon. Herbert Edmund thanked the party leadership for their support and for rallying behind him during this race for the Soroti East Constituency.

He pledged to serve everyone irrespective of their political affiliation and expressed readiness to send an olive branch to whoever didn't support him in the by-elections.

"My role as a leader is to reconcile with everyone, irrespective of their political affiliation." "Our NRM is a strong party that welcomes everyone on board because our objectives are unity," Hon Ariko pledged.