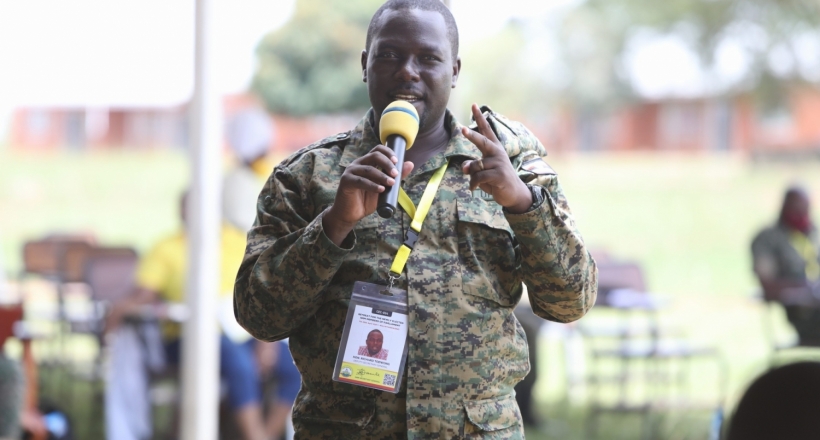 The National Resistance Movement (NRM) party has come out to emphasise that the ongoing retreat of Members of Parliament-elect has nothing to do with election of the next Speaker.
This follows talk that has been making rounds in the media that the new MPs have been called to decide on who they should vote for.

“We have been emphasising that this retreat is not about the speakership and two we cannot discuss the election of Speaker with people who have not yet been sworn in as Members of Parliament. We shall be doing something illegal and we cannot  break the basic regulation . The retreat is for members who have been elected but not yet sworn in as MPs,” party Deputy Secretary General Richard Todwong said on the sidelines of the retreat on Friday afternoon.

Todwong stated that the retreat is bigger than the speakership. “The speakership is a small thing and we cannot reduce our retreat to discussing just one small item. So I would like to reiterate that this item is not on our agenda,” he said.

“We have called MPs-elect to orient them on matters of national importance such as the general outlook of the economy, the socio-economic direction that this government is driving the nation to. We want to discuss matters of Africa as a nation, and how the MPs can play a strategic role in driving the agenda of growing this country,” he added.

He reiterated that even if the issue is raised, the leadership will not allow it to be placed on the programme.

He emphasized that the retreat will be about preparing the MPs for the leadership role that lies ahead of them. “At the end of the retreat we expect that the MPs will have more knowledge about their country, the challenge they are likely to face and how to deal with those challenges as leaders. At a later stage after they have sworn in, we shall have more engagements on specific issues such as budget allocations and such issues.