We defeated Covid-19 because Ugandans are disciplined -Museveni 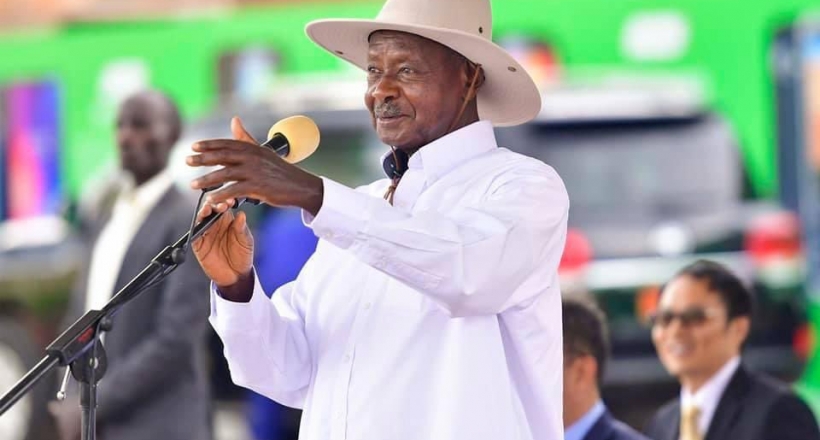 President Museveni has attributed Uganda's success in fighting the spread of the Covid-19 pandemic to discipline of Ugandans.

Mr Museveni, was on Sunday addressing the nation, four days to the first anniversary of the total lockdown which his government declared as a measure to curb the spread of the novel Corona virus which was killing thousands across the globe. The President on Sunday expressed gratitude to Ugandans who he said listened to government instructions.

"About one year ago, I addressed you and warned you about a very dangerous issue that had hit the world. I told you that if we were disciplined, we would defeat this disease. I then announced many measures to keep us safe. I am glad that very many Ugandans understood and supported it,” Mr Museveni said.

According to the president, whereas over 2 million people have died due to the virus and countries like the US have lost more than 500,000 people, Uganda has not had many infections, leave alone the deaths.

Museveni said because Ugandans took serious the advice by government, the infections were not so many and therefore, the health facilities were not stretched which gave chance to medics to concentrate on the few patients they had
“Because you listened to our advice, in the last year, we have had just over 40,000 people infected with this virus. Over 12,000 people have been discharged. We have lost 334 people. As I speak today, we only have 24 COVID-19 patients in the hospitals in the whole country. Out of the 24 in the hospitals, only eight are a bit severe and not to the extent of needing machines but just needing a little more care. The reason we succeeded against the disease was that we took very serious measures early. The people who got infected were managed well in hospitals,” he said.

The President insisted that despite opposition from some people, Ugandans followed the advice and the country is progressing well in the fight against the virus.

According to Mr Museveni, he has not yet taken the Coronavirus vaccine jab despite the vaccination kicking off because he thinks health workers are the most vulnerable and should take the jab first.

“I have not yet been vaccinated, and neither has Janet. We wanted to start with the high-risk people - the ones working in hospitals,” he said, noting that Uganda is also working on its own vaccine.

He also commented on the just concluded elections noting that contrary to reports by the opposition, the NRM was rigged.

“On the contrary, it was Kyagulanyi's group that cheated massively. There was massive ballot stuffing here in Kampala and in other parts of the country where we had weak organization,”he said.

“I have reports here of intimidation by Kyagulanyi's group mainly in Buganda and Busoga. All this is documented and what was interesting was the police not intervening.Despite the massive cheating, NRM won, because it is a massive party. It is just like an elephant. All those who were intimidating just injured the ear of the elephant but it is still standing.”

President Museveni also laughed at some groups that are planning to destabilize the swearing in ceremony, noting that they are being monitored and will be arrested.