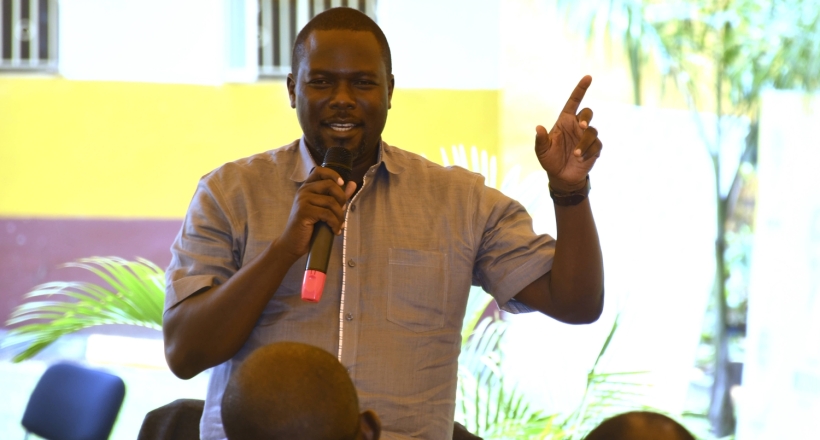 The NRM Secretary General, Rt. Hon Richard Todwong, has this morning held an interactive meeting with the Councilors on the Party ticket representing the five divisions of Kampala. The meeting was held at the party head offices in Nakasero, Kampala.

Rt. Hon Todwong rallied the leaders to take a keen interest in the structures of their respective constituencies and understand the key challenges faced by their people, right from the LC1.

"The majority of you leaders are on the surface, but I urge you to go down to the people and offer proper diagnosis to their challenges," the Secretary General said.

The Party secretariat leader was quick to praise the cadres for standing firm while serving their people in Kampala and further urged them to be persistent and work with one another even when there might be differences amongst them.

"We need to empower you to be firm. If you, as leaders, are shaken, those below you will be disorganized. Ideologically and in all forms, we need to empower and strengthen you more. That’s how those who feel shaken will be firm," Rt. Hon Todwong said.

He further revealed that the party was in the final stages of conducting an audit into the elective positions that were lost to the opposition in the 2021 general elections.

"As party leaders, we're doing audits of positions we lost to see where we errored, district by district and constituency by constituency, and there is already a preliminary report out," he noted.

He also said the party will organize a retreat for the councilors to train and empower the leaders, and take them through ideological orientation to make them resilient while executing their duties.

While addressing leaders about the various government programs, the Secretary-General tasked them to be actively involved in the implementation of all poverty alleviation programs such as Emyooga and the Parish Development Model to set an example to those they represent to build confidence and more support for the party amongst the population.

On his part, the Kampala Central Division Mayor Salim Uhuru Nsubuga who led the team thanked the Secretariat for offering a listening ear to the problems affecting the Kampala leaders and said this will even give them the confidence to further serve and mobilize for the party. Uhuru further said the leaders pledged to work hand in hand with all fellow leaders as they continue to transform the lives of all Ugandans.

The meeting was also addressed by the Party's director for External affairs Major (Rtd) Awich Polar who urged the party leaders to continue preaching the NRM development agenda of social economic transformation.