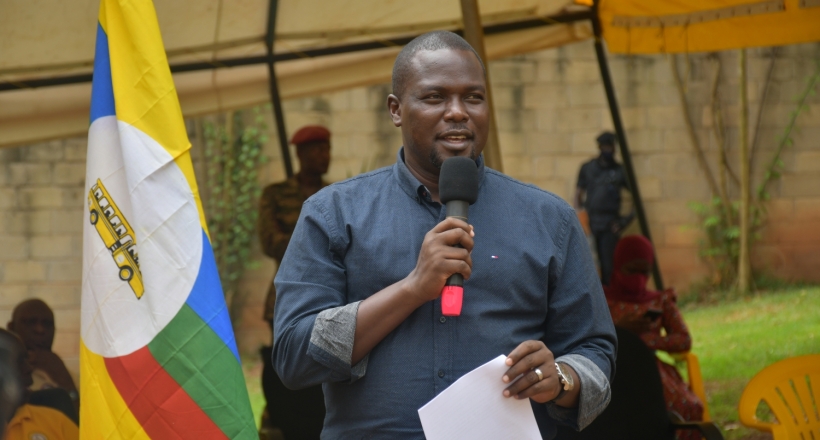 The NRM Secretary General Rt. Hon. Richard Todwong has sounded a warning to some groups which purport to belong to the NRM yet act and behave contrary to the official party positions and maintaining that the party position on anything must come from its spokesperson and national Chairman Yoweri Museveni.

Rt. Hon. Todwong issued the warning yesterday while speaking to a section of NRM parliamentary flag bearers outside parliament who were attending their 3rd General Assembly held at NRM Electoral Commission offices at plot 13 Nakasero.

Mr. Todwong said that some members have been moving around in hotels, conducting meetings and issuing statements on constitutional amendments and proposals making him wonder why they are panicking.

He added that these groups of people make statements outside the party rules which may cause negative implications to the party.

He appealed to those involved in actions aimed at antagonizing the party to stop it before leaders take steps to eject such members out of the party.

Todwong however applauded the Parliamentary Flagbearers Association for keeping discipline, remaining loyal to the party leadership and consulting with the Secretariat whenever they have any issues affecting them.

"We thank you our flagbearers because you are disciplined. You know the right address and because of that, we pledge our support to you in everything including meeting the party chairman as requested."

The group led by their chairman Mr.Julius Birigwa requested the party leadership together with the Ministry of Presidency to arrange for them a retreat in Kyankwanzi in order to train and get ideological clarity.

"We would like to go to Kyankwanzi not to train to become soldiers but to enhance our ideological capacities especially on government programs," Mr.Bigirwa requested.

He said that anyone who thinks they will form a group to campaign early with intentions of causing any change in CEC resolutions is wasting time.

Rt. Hon. Richard Todwong revealed that the Secretariat leadership had resolved to begin upcountry tours which are aimed at reconciling party leaders, members and supporters who may have had misunderstandings during the general elections last year.

"These meetings are meant to reconcile our party members. We believe that during primaries our members were seriously hurt and we didn't have time to heal the wounds. We want that before the next primaries are carried out, our members have reconciled," Todwong said.