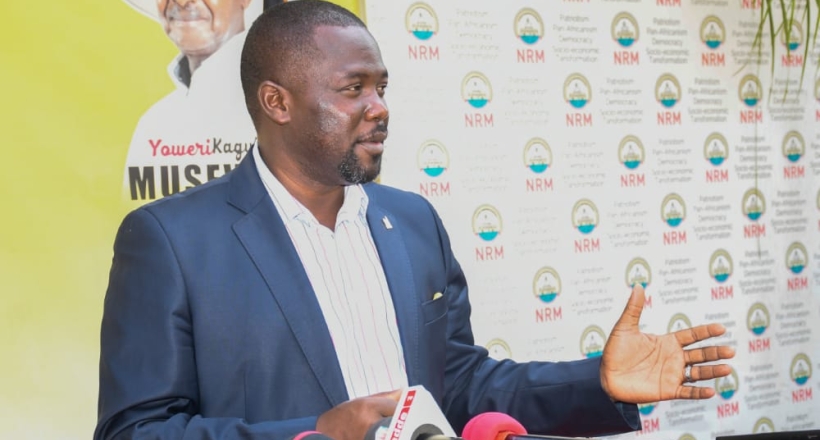 The Secretary General of the ruling National Resistance Movement (NRM)party, Rt.Hon.Richard Todwong has paid tribute to the former Democratic Party President General and Minister, Dr.Paul Kawanga Ssemwerere who died on Friday morning at his home.

"Unlike current leaders who are intolerant to others, Kawanga was a very good listener who patiently listened to others despite differences in beliefs and affiliations," Todwong said.

Rt.Hon.Todwong while addressing journalists at the NRM headquarters at Kyadondo Road, Nakasero said, Dr. Ssemwogerere will be remembered for his contribution towards the growth of democracy and rule of law in the country even after the tense 1980 general elections which saw Obote bounce back as president.

“Mzee Kawanga Ssemwogerere has been an icon to us in so many ways. It was after the controversial 1980 elections where Ssemwogerere was one of the presidential candidates that prompted the people’s liberation struggle led by now president Yoweri Museveni,” SG remembers.

According to Todwong, Kawanga lived a life of honor and dignity. “We shall miss his guidance, advice, and stewardship in critical moments.”

Todwong condoled with Ssemwogerere’s family and the Democratic Party.