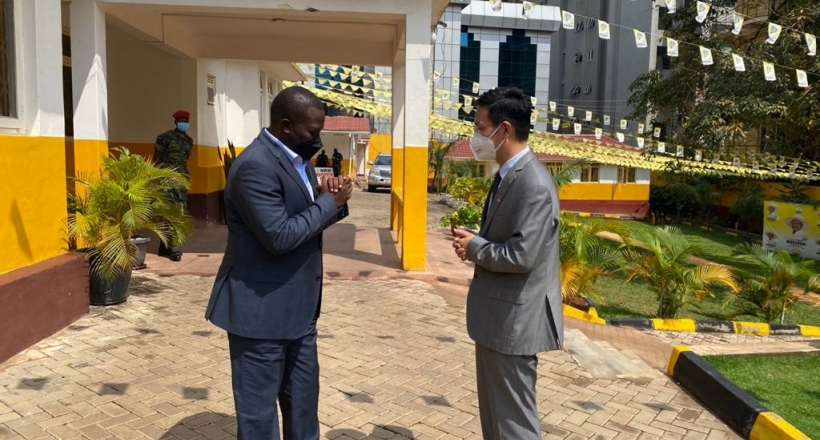 The new Chinese Ambassador to Uganda, His Excellency Zhang Lizhong, has this Friday morning paid a courtesy visit to the NRM Party Secretariat at plot 10 Kyadondo road where he met the party Secretary General Rt. Hon Richard Todwong.

On behalf of the NRM, Todwong welcomed H.E Lizhong on his tour of duty as the new Ambassador of the People’s Republic of China to the Republic of Uganda. He also thanked Amb Lizhong’s predecessors for the significant role played in enhancing the bilateral cooperation and fraternal relationship between the Communist Party of China (CPC) and the National Resistance Movement (NRM).

H.E Lizhong who was delighted to meet the ‘youthful’ Secretary General, thanked the NRM government for the warm reception and hospitality received upon his appointment. He reiterated his commitment to strengthening the bilateral ties Uganda and China have enjoyed for decades and promised to work with the NRM SG since the two political parties share a lot of similarities.