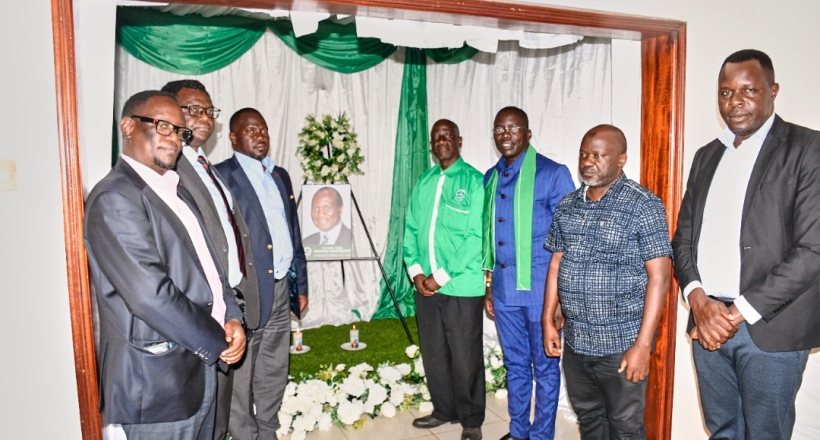 Leaders under their umbrella, the Interparty Organization for Dialogue (IPOD), led by its current Chairman and Secretary General of the ruling National Resistance Movement (NRM) party, Rt. Hon. Richard Todwong, yesterday paid their last respects and eulogies to the members and supporters of the Democratic Party for the loss of their former President-General, Dr. Paul Kawanga Ssemwogerere, who died last week.

The Secretaries-General, who represented NRM, UPC, JEEMA, and PPP, eulogized Dr. Ssemwogerere at the DP headquarters at Balintuma Road in Mengo, Kampala.

On behalf of the IPOD, Rt. Hon. Toddwong described Mzee Ssemwogerere as a great pillar in the politics of Uganda who not only inspired DP members but also mentored and trained many young people on how to practice politics of principle.

"We come to join you in this painful loss that did not only affect you as a political party but also affected all of us as a country. The late stood tall amidst challenges that Uganda faced during his time, and so the nation has lost an icon," Todwong said.

"He stood. He was sacrificed. He was abused. His victory was stolen, but with all this, he maintained calmness and peace for the sake of the country," Todwong added as he praised the former minister.