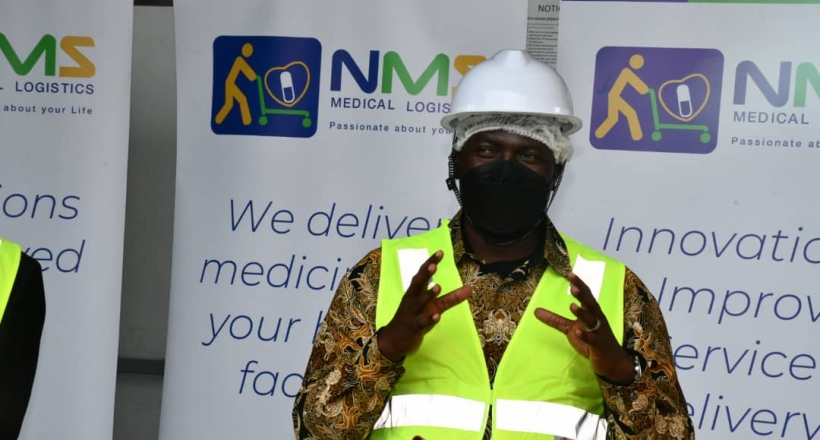 The NRM Secretary General Rt, Hon. Richard Todwong has advised government and health workers to focus more on mechanisms that promote disease prevention other than cure since treatment especially of lifestyle diseases like Hypertension and HIV/ AIDs is costly.

Giving an example of the recent incident where private hospital facilities over charged private individuals during the second wave of covid 19 pandemic. Todwong said had Ugandans adhered to the standard operating procedures put in place by government, the cases would have been avoided.

"This should also challenge us as politicians to assist government in disseminating appropriate and key messages that are intended to help our people to appreciate the value of staying healthy," Todwong asked fellow leaders.

Shortly after the visit in the Uganda Medical Stores warehouse in Entebbe that he applauded for being well equppied and organized,  the NRM Secretary General  told journalists that the visit was aimed at identifying challenges the government body faces and see how he can help in coming up with solutions.

"My visit here at the National Medical Stores will create an entry point  for the NRM party into the works done by government agencies in order to find a lasting solution for the cries of our people," Todwong said.

He also lashed at some leaders across the political divide whom he said  rush to comment about medical issues with no or insufficient knowledge about the subject.

The General manager National Medical Stores Mr, Moses Kamabare revealed that despite several interventions like tracking technology and labeling of medicine, they still face a challenge of drug theft from government facilities to private health centres.

He noted  that the some of the drugs end up in neighbouring countries especially South Sudan, Burundi, Western Kenya, northern Tanzania and  the Democratic Republic of Congo.

Hon.Ojara Martins Mapenduzi, the Gulu city MP  who had accompanied the Rt, Hon Todwong said the visit has enabled him appreciate challenges faced by the National Medical Stores that he said he is willing to work with government to support policies and frameworks that can streamline service delivery to the people.