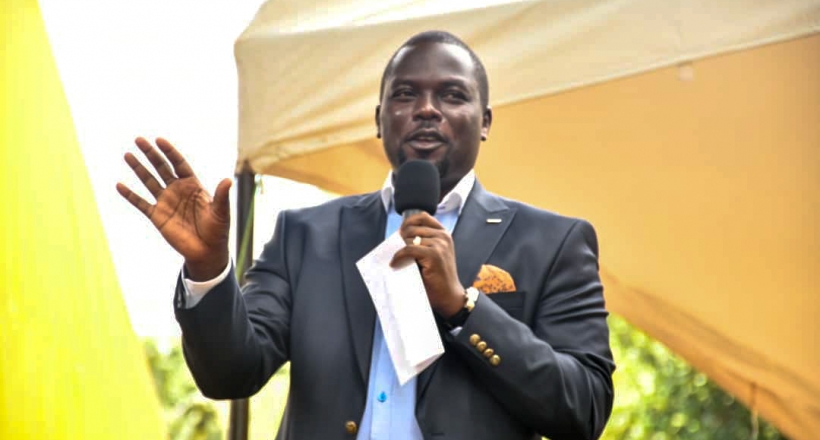 The NRM Secretary General, Rt, Hon Richard Todwong has pledged to support the party flag bearers who lost in the 2021 parliamentary elections.

Speaking to the members of the NRM parliamentary flag bearers who lost in the recent concluded general elections, Hon Todwong applauded the group for the initiation which will promote cohesion.

“We fully associate with you because we gave you the mandate to represent the party in your respective representatives. You belong to us. Having not gone to parliament is not the end. You are members of the National Executive Committee which is one of the top organs of the party where decisions for this country are made,” Hon Todwong said.

The NRM Secretary General told members that they should be committed to the party and should never be shaken by any wave, adding that patience is a virtue that pays.

“At time it is very painful to be patient, committed and loyal but it pays. We thank you for being calm and not throwing tantrum at the party.”

Hon Todwong told the group that since they have come together, the party will use them to help mobilise the population but also oversee government projects in their respective constituencies.

“Our goal is to continue mobilizing the people of Uganda to move from subsistence production to commercial production. We also need to empower the population with knowledge so we organize them into production and join government programs.”

“Keep close to your people. When they are in problems be with them and during celebrations, join them. Don’t abandon your people.”

He said that government is soon concluding discussions to implement the parish model development program that he said the flag bearers will be key in monitoring but also help government in implementation.

“You will help government implement the parish model but also do an oversight role for other government programs in your constituencies. We shall work with you but also support you in all ways,” Todwong said.

The NRM Director for mobilization, Hon Rosemary Ssenninde said that the group will be useful in the party’s mobilization strategy.

“We should work as a team because what we have been lacking is cohesion. We want to see better results this time round since you have come on board. We should align strategies to bring results and not only end at talking,” Hon. Ssseninde said.

Hon. Ssenninde said the group should be at the forefront of popularizing government programs but also make the public appreciate the NRM achievements in their respective constituencies.

She added that it is high time we displayed to the public the things that the NRM government has done but we also need to encourage the public to join government programs.

Dr.Tanga Odoi, the NRM Electoral Commission chairman congratulated the flagbearers for coming up with the association which shall work as a party think tank towards the growth and expansion of the national resistance movement party at large.

“This is a good gesture for the party and I can confirm, our journey as NRM is going to be easier now,” Tanga said.

Hon Bigirwa Julius Junjura, the NRM flag bearer for Buhaguzi East who also doubles as the group chairman applauded the party executive for welcoming them but also for guidance and support accorded to them.

“We thank His Excellency the President for appointing some members of this association to government positions,”Junjura said.

“We are ready to collectively and individually work to ensure the growth of the NRM party in our respective constituencies from 58% to a higher percentage by 2026.”

The function was also attended by Hon Emmanuel Dombo, the Director for Communication and Public Relations, Hajjati Medina Naham, the Director for Finance and Administration, Hon Jane Alisemera, a commissioner for the party Electoral Commission among others.