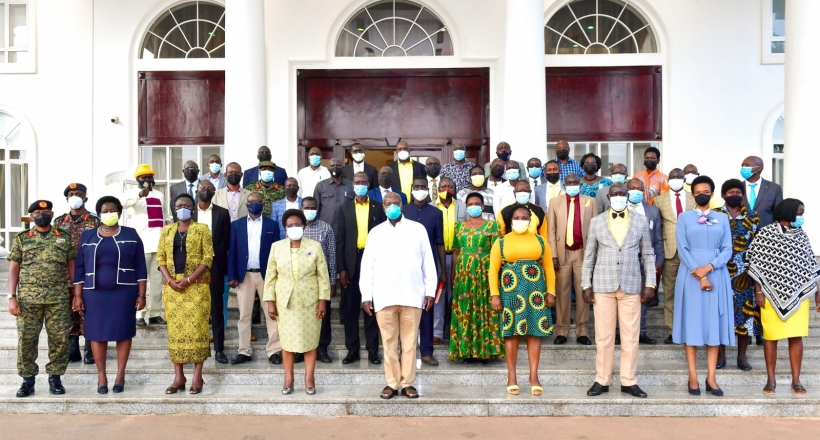 President Yoweri Museveni has re-assured the people of Karamoja sub-region of governments total commitment to end cattle rustling and criminality in the area.

The President who was recently in Karamoja to assess the security situation made the assurance last week at a follow up meeting with the leadership of Karamoja sub-region on the escalating insecurity caused by cattle rustlers and criminals.

President Museveni assured Karamoja leadership that comprised, the Minister of Karamoja Affairs Hon. Dr. Mary Gorreti Kitutu and her deputy Hon. Agnes Nandutu, Members of Parliament, LC 5s and Mayors among others, that government has put in place a strategic security plan that will eliminate cattle rustling and criminality in Karamoja once and for all.

On the issue of famine in Karamoja, the Minister of State for Disaster Preparedness Hon. Esther Anyakun reported that her Ministry has already procured 1.48 tons of food relief to be transported to the region on Monday the 27th September 2021.

She said that the first beneficiaries will be people from the districts that are badly hit by famine that include Kaabong, Kotido and Moroto.

The leader of the Karamoja Parliamentary group who is also the MP for Pian Upe Constituency in Nabilatuk district Hon. Remegio Achia thanked President Museveni for his timely intervention in eliminating cattle rustling in the Karamoja sub-region.