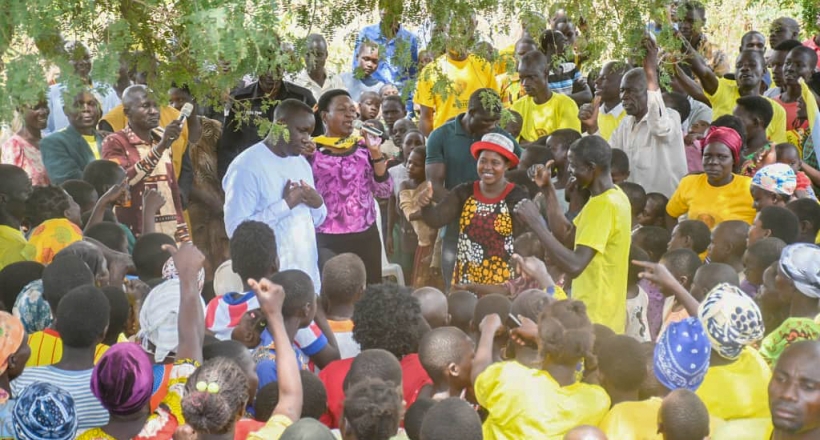 On day two of his campaign, our candidate for the Gogonyo by-election, Hon. Orone Derrick, traversed Obutet Sub-county where he held seven rallies, interacting with jubilant supporters.

Accompanied by the Director of Mobilisation, Hon. Rosemary Seninde, the senior manager for Communications, Mr. Rogers Mulindwa, and other party leaders in Pallisa, Orone urged the masses to vote for development by choosing a leader who will be able to lobby government to implement several projects.

He reminded the people of his pledges and promises made during the 2021 Parliamentary campaign and called upon them to enable him to complete the implementation by sending him back to the legislative house.

Hon. Rosemary Seninde, urged residents to massively mobilise the populace to turn up and vote for the NRM candidate on election day.

On polling day, I beseech you to prioritise voting for our flagbearer as your vote will determine whether or not services are rightfully extended to your community. I kindly request that you first vote for our candidate, who is also your son, before attending to other activities.

"As the director in charge of mobilization, I am here to ensure we win and we shall celebrate together," she urged.

Mr. Rogers Mulindwa sensitized the people on the correct way of casting a vote, urging them not to tick in any place other than the laid out box on the ballot paper.