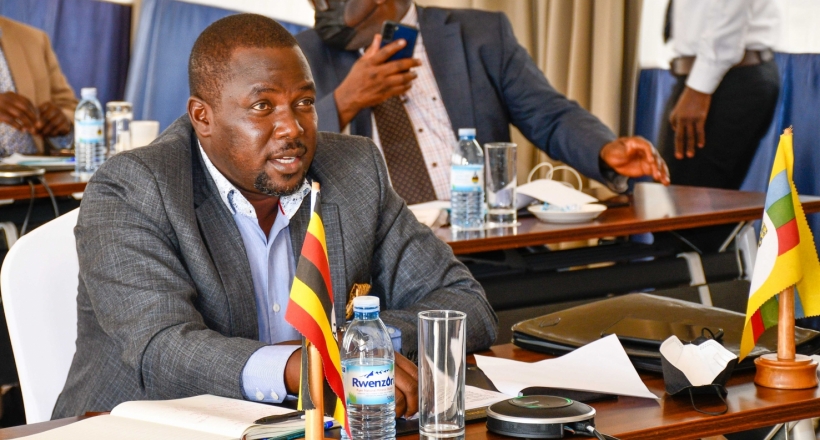 Ruling National Resistance Movement (NRM) Secretary General, the Rt, Hon. Richard Todwong has hailed the Communist Party of China General Secretary and President of the people's Republic of China H.E Xi Jinping for the generous support given to African countries which has steered their development.

The Rt Hon Todwong said China has been a dependable and reliable partner for all progressive African political parties and organizations that stand for socio-economic transformation of their people.

“The people’s Republic of China today, is one of Africa’s largest donors, investment and trading partner whose loans and grants have benefitted large infrastructural projects such as roads, energy and industrial parks,” he told leaders of  the CPC and African political parties during a meeting that was held via Zoom video .

Learning from the Chinese poverty eradication interventions, the Rt Hon Todwong said that the National Resistance Movement government has embarked on massive infrastructural development programmes; and currently is implementing a deliberately pro-people socio-economic transformation agenda of the country through the Parish Development Model which is aimed at tackling poverty at the community level.

Government shall implement the parish model across the country starting early next year with each parish receiving 17million.

The NRM Secretary General together with other senior party leaders including the National Treasurer Amb Barbra Nekesa, the director mobilization Hon Rosemary Sseninde and Hon Emmanuel Dombo, the Director for information were virtually attending a 4th China-Africa political parties Theoretic seminar under the theme; The development paths fitting in ones own national conditions: the exploration and practice of Chinese and African political parties.

Todwong also lashed at some western powers who mastermind coups in many African government. He lauded the people’s Republic of China for pursuing a deliberate policy of non-interference with the governance and leadership matters in African countries adding that it is unheard of, for China to stage-manage a coup d’etat to topple a government or influence political opinion in Africa.

Other political party leaders from South Africa, Ethiopia, Zimbabwe, Tanzania, South Sudan, Namibia among other leaders participated and made their presentations.

The seminar comes a few months after the Peoples Republic of China held an occasion to mark the centenary celebrations of the Ruling Communist party of China (CPC).