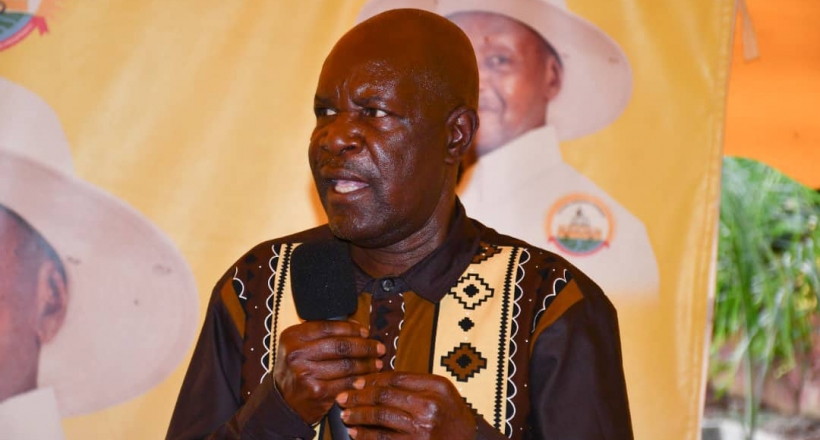 The government spokesperson and the Executive Director of the Uganda Media Centre Mr Ofwono Opondo Podel has asked the youth of the National Resistance Movement (NRM) to focus their energies on understanding the party ideology to bridge the gap between the old and new.

Mr Opondo fears that without ideological clarity among the young generation, the party is likely to find hard times in surviving generations to come.

"If we are to bridge the gap between the old and the new, then you young people have to understand what NRM does. You must seek for knowledge that the old have,” Opondo said.

“As a liberation movement, he adds, our mission and vision should be to forge a way forward around our senior party leader and founding father, President Yoweri Kaguta Museveni as well as the party senior leaders in causing harmony and consensus among all party members despite the demographic gap.”

“OO” as he is commonly referred was yesterday afternoon delivering a lecture on a topic; “Bridging the gap between the old and the new” to the NRM university leaders who were gathered at party headquarters at Plot 10, Kyadondo Road in Kampala.

He said that NRM membership has always been multi-generational and multi-cultural and the young and old have always worked together.

“Bridging the gap between the old and young is a misnomer given the nature of our party’s methods of work which accommodate every demographic dividend. The NRM Party has always been a multi-generational organization ever since it took over power in 1986,” OO said.
Opondo says that NRM has been able to harness elements that were previously opposed to the party by adopting a broad-based method of work that accommodates people of all party affiliations, “That's bridging the gap in itself.” He, therefore, asked the youth to understand NRM methods of work that is very tolerant to the opposition.

Regarding unemployment among the youth, Opondo said that the economy has been expanded to cater for all categories of people, educated and uneducated.

“There are very many government initiatives to create jobs for young people. The 'emyooga', parish development model and youth livelihood programme are all in place. People can create their wealth, especially the youth. NRM is trying to create good public services, in health, education and transport,” Podel said.

Veteran journalist Tony Geoffrey Owana who reminded the gathering youth about NRA bush war memoirs said that being a youth is just temporary.

“We were also very young as you. Most of the liberators took over leadership positions in their youthful age. We only need to utilize our youthfulness like what these senior party cadres did”. Owana said.

The CEO of Owanapaedia castigated young people for not listening to their seniors, neither do they read deeply to understand the history of the party they support.

“Young people are fond of not getting interested in history we are telling them. But it is history that informs the present,” Owana adds.

“NRM party itself belongs to the young people. Those who think that old people have dominated jobs should look closely to people in government, they are young.”

He advised the youth to ameliorate the harmful effects of social media that might destroy the NRM party. “The mystery of misinformation and broad lying is strong. It's very easy to lie and people believe you. Let us, therefore, learn how to use social media for our survival”.

The NRM party Secretary-General Mr Richard Todwong told the students to understand the party’s methods of work, saying that “disagreeing openly is important in building party cohesion and consensus”.

“We can't avoid internal disagreements; the party is very big, multi-cultural and multi-ethnic with close to 22 million memberships,” Todwong said.

He said that the purpose of the introduction of ideological clinics is to help the public to become change agents in their societies through ideological clarity.