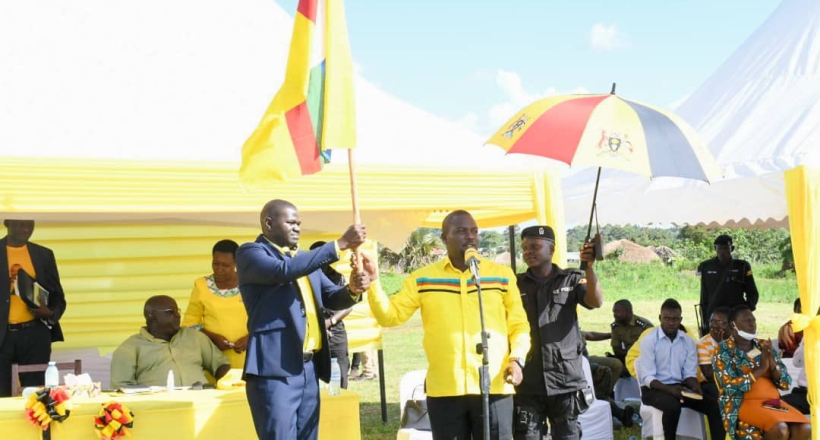 Omoro District is upbeat with activity in preparation for the by-election of the Omoro County Member of Parliament slated for the 26th  of this month. Voters will replace former Speaker of Parliament and Omoro county lawmaker, Jacob L’Okori Oulanyah who died last month.

The National Resistance Movement (NRM) is expected to present its flag bearer, Mr. Andrew Ojok Oulanyah before the Electoral Commission for nomination on Friday 13th at 9:00am. Thereafter his team will release a harmonized campaign program.

Candidates will only campaign for 8 days starting Monday 16th until 24th. Polling day and tallying of results of candidates is scheduled for Thursday 26th May.

The 32-year old IT expert turned politician was selected through a consensus meeting held between NRM party leaders and those who had expressed interest. The meeting was convened by National Chairman and President, H.E, Yoweri Museveni at his country home in Rwakitura, Kiruhira district.

In the meeting, President Museveni said since the country was still mourning its speaker, it was improper for NRM to hold primaries adding that Ojok was the right person to continue with Oulanyah's programs for the remaining period of four years.

"I advise that you leave Ojok to complete the remaining time, if he becomes useless we shall see what to do," President Museveni appealed to Omoro leaders.

Since the release of the by-election road map early last month, Ojok together with NRM officials from the Secretariat have addressed several strategic meetings to assess and establish his strength and support on ground.

The director in charge of mobilisation at the NRM Secretariat, Hon. Rosemary Nansubuga Seninde, who has since camped in Omoro, says they are ready to hit the ground running as they campaign village to village and person to person after nominating their candidate to ensure victory.

On Sunday, Seninde in the company of fellow directors, Hon.Emmanuel Dombo (Public relations) and Hajat Medina Naham (Finance and Administration) paid a courtesy visit to the late Oulanyah's father, Mzee Nathan Okori to commiserate with family and seek for blessings during the by-election.