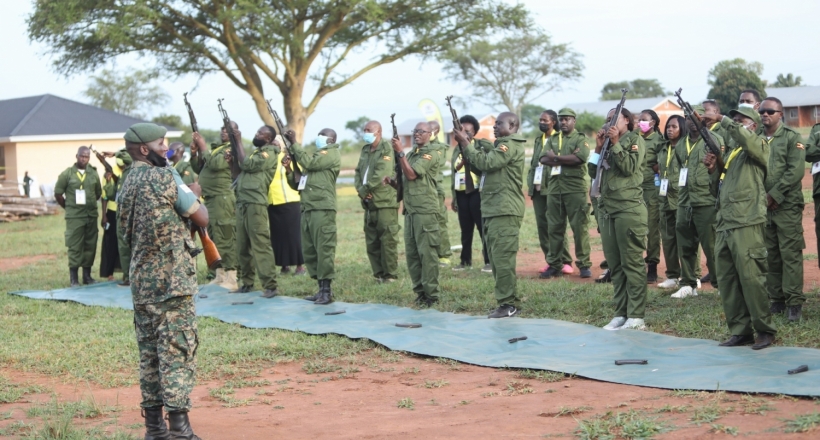 The Director of information and Public relations in the NRM party Emmanuel Dombo has described NRM MPs Elect attending the ongoing Kyankwanzi Retreat as disciplined and eager to learn.

Dombo says that the MPs are in a joyous mood and full of morale to participate in every activity assigned to them by the instructors hence enabling the retreat to progress well.

"The MPs have displayed high level of maturity , organisation and desire to learn every piece of information as delivered by instructors." Dombo stated in a press release.

He added that the MPs are looking forward to the official opening of the retreat on Thursday next week and interacting with the national Chairman President Yoweri Kaguta Museveni.

Dombo anticipates that after official opening, the President will have an opportunity to have the first impression about the group as a team. Secondly, Museveni will lecture the MPs about the foundation and genesis of the NRA/M liberation struggle and the portrayed people's struggle of 1981-86.

This incite according to Dombo will enable MPs to look at the future and appreciate the challenges ahead as they join parliament.

He believes that by the end of the retreat, the MPs shall leave well equipt with necessary tools of analysis, management and with great aspirations to tackle the awaiting challenges.

On the issue of MPs with court Petitions, Dombo said that the Party leadership has already made arrangements to enable the MPs shall attend court sessions should they be summoned to appear.

He adds that party is ready to facilitate their MPs Elect in court processes and also equip them with necessary information.

On behalf of organizers, Dombo pledged commitment and hard work in the remaining two weeks in order to prepare the MPs as they serve and transform Uganda hence attaining the middle income status.

Dombo advised MPs to maintain the already exhibited discipline and intensify physical exercises to keep fit and learn from one another.