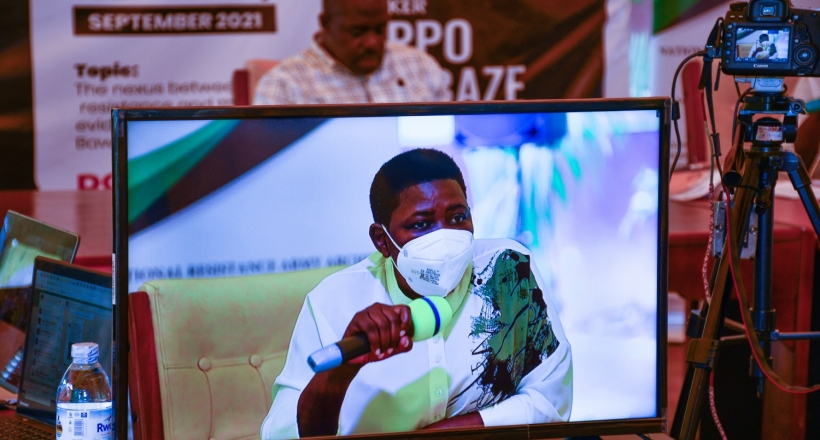 The ruling National Resistance Movement party has launched weekly ideological lectures dubbed ‘The NRM Ideological Clinics’ for its staff and party cadres living within the country and those in the diaspora. The inaugural launch which was presided over by party Deputy Secretary General, Hon. Rose Namayanja Nsereko took place yesterday evening at the party Headquarters at Plot 10, Kyadondo Road in Kampala.

While presiding over the launch, Hon Namayanja said the purpose of the lectures is to cause interaction between NRM young supporters and party historicals who have lived to witness NRM’s historical context, transformation and evolution from the 1960s to date.

Hon Namayanja said the rationale of starting ideological clinics is to help party supporters and cadres to trace NRM’s long journey and how it has evolved for the last 45 years.

“Many of us entered the ‘bus’, started moving and even taking up key positions and influencing decisions at various levels yet with limited understanding and appreciation of the party’s ideological grounding. Therefore, this is the reason why the Secretary General has sanctioned these clinics in order to bring on board all cadres on the same ideological level,” Hon Namayanja emphasised.

The Presidential Advisor on archives, Mr. Hippo Twebaze, who was the inaugural speaker, reminded party leaders and staff that President Museveni’s support for peasants and his fight for the interests of the common people began back in the 1960s and has remained on course to this day.

According to Mr Twebaze, Museveni describes peasants as people who were the most loyal, trustworthy and reliable during their five-year bush war in greater Luweero that led to the liberation of Uganda.

The Ideological lecturers are scheduled for every Thursday evening between 4-6pm at the party headquarters. The sessions, which are also aired live on social media platforms of zoom, Facebook and the party YouTube channel, shall feature various guests in government and from the academia.