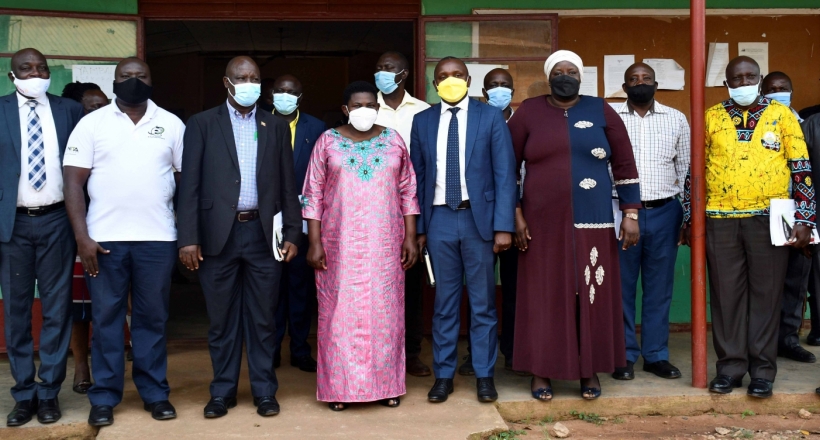 Hon Namayanja was on Thursday meeting different stakeholders from the three Greater Luweero districts of Luweero, Nakaseke and Nakansongola about the new centre that will be set up by the NRM government through the National Information Technology Authority Uganda (NITA-U).

“This centre is among the things we promised people in the NRM manifesto and setting it up, we are fulfilling our promise to the people. Through this centre, our young people will do services for different organisations within the country and abroad and they get paid for it,”Namayanja said.

“President Yoweri Museveni has always emphasized that our youth can do work for other people abroad and this centre is here to help us do that. The centre in Luweero will be the second in the country and will provide employment for youths who are IT literate.”

She expressed happiness towards the leaders from the three districts that makeup Greater Luweero subregion for embracing the initiative that she noted will benefit all people.

“I am grateful for this meeting which was meant to ensure all leaders know about the project. I thank you for attending and buying the idea. We don’t have any other option but support this idea.  Anything that touches development should unite us and should be supported in equal measures.”

“Our concern should be delivering services to people and not divisions.  As leaders, we should leave behind a mark by supporting such initiatives that benefit our people.”

Hon Namayanja however urged the youths to use internet for development purposes and not abusing leaders on social media.

The director for e-government at NITA-U Collin Babirukamu explained that the centre is one of the ways government is tackling the issue of youth unemployment in the country.

“The Business Process Outsourcing centre means our educated people can sit here and use ICT to provide services to people in Uganda and abroad. Our people will also have a centre for information. Even those who are not educated can access information on internet at the centre,” Babirukamu said.

“This will also become a training centre in ICT but also, if you want to access a government service like processing for log books, passport and driving permit among others, you can do it from here. This will become a multipurpose centre.”

Bamunanika constituency MP, Robert Ssekitoleko from the National Unity Platform who also attended the meeting welcomed the initiative that he said will help in dealing with the problem of unemployment.