NRM calls for unity, mutual respect as race for Speaker heats up 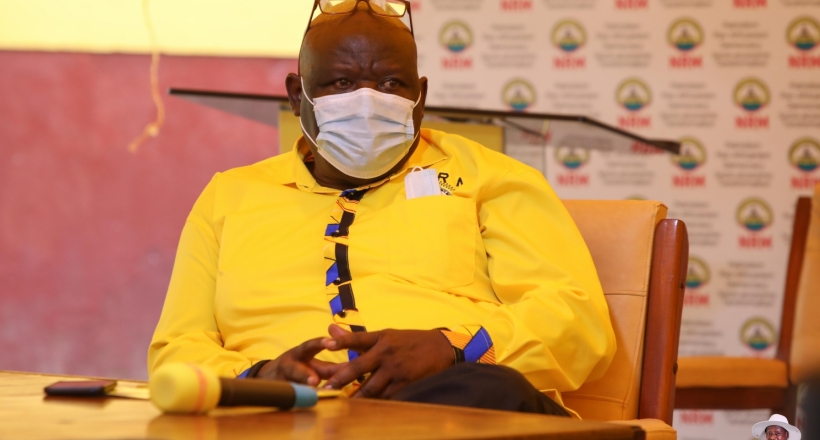 The National Resistance Movement (NRM) party has called on Members of Parliament, particularly those interested in contesting for the Speakership to maintain decorum and treat each other with respect. The call made by the party's director for Information Emmanuel Lumala Dombo comes at the peak of what he refers to as jostling for the position.

Mr Dombo in a press release Friday morning has reminded MPs who subscribe to the ruling party that endorsement for the official party candidate is yet to be done. He further states that as the contenders await communication on this endorsement, there should be mutual respect and decorum.

Supporters of several candidates have lately taken to social media throwing insults at each other, a thing the party states is unlike the conduct acceptable for the party.

Since the general elections were conducted, the jostling for the positions of the Speaker and Deputy speaker has reached unprecedented levels, hitherto unheard of! Various aspiring members for the two positions have constituted teams, either openly or privately to canvas for support. Whereas the two positions are elective by the members of parliament, it is important that members of NRM remain united for a purpose and they should therefore refer to each other with respect and decorum.

The senior members of parliament know that the rules of parliament require of each member to relate with respect. The NRM code of conduct even goes much further to set standards and specify prohibited conduct. When these two are read together, they do not leave any room for guesswork in as far as relating with decorum.

It has been the procedure in the past, that the Central Executive Committee of the NRM normally provides guidance to the NRM MPs. Once the modalities for providing such guidance are concluded, the concerned members will be notified. This is a long old tested method of work that is applied world wide, with the appropriate modifications.

I have therefore been directed by the NRM SG to remind the Hon members about the subsisting legal framework and the general expectations under the NRM code of conduct, and the need for NRM members to remain united in preparation for the challenges ahead. It is this cohesion that will enable the NRM to deliver on its promises as we secure the future of the people of Uganda. May God bless you.