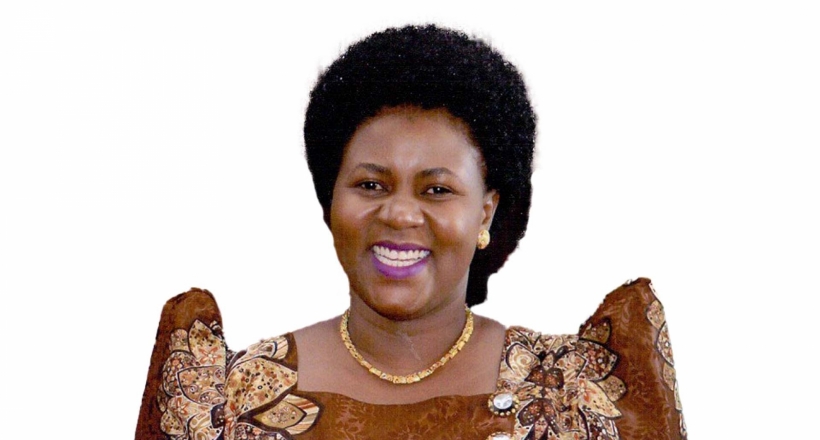 The newly appointed National Treasurer of the ruling National Resistance Movement (NRM) Amb. Barbara Nekesa Oundo has expressed gratitude to the appointing authority for this placement and pledged to work closely with her colleagues at the Secretariat to guide the party to better levels.

Speaking to the Secretariat Communications Directorate from her office in Pretoria- South Africa, the Ambassador said she is ready for the task and pledged to offer her best to the satisfaction of the Party Chairman H.E Yoweri Kaguta Museveni and the entire party leadership.

"I am extremely humbled by the level of confidence the President has in me and hence entrusting me with this new assignment in our great party", said the former woman MP representing Busia District and State Minister for Karamoja Affairs. Hon Nekesa served in President Museveni's Cabinet from 2011 to 2016 before her deployment to Pretoria on a diplomatic duty. She worked under tight supervision of her Senior Minister and First Lady Maama Janet Kataha Museveni and many political critics credit her for the commitment on duty and her loyalty to the Party.

"’m looking forward to working with colleagues at the Secretariat as we propel our lovely party to greater heights", she added.

Amb. Nekesa will be travelling to Kampala to take up her new office as soon as the concerned parties conclude the required diplomatic exit protocols. She takes over from Hon Rose Namayanja Nsereko who is now the Deputy Secretary General. Rt. Hon. Richard Todwong is the new Secretary General according to the changes recently made by H.E the President and National Party Chairman.