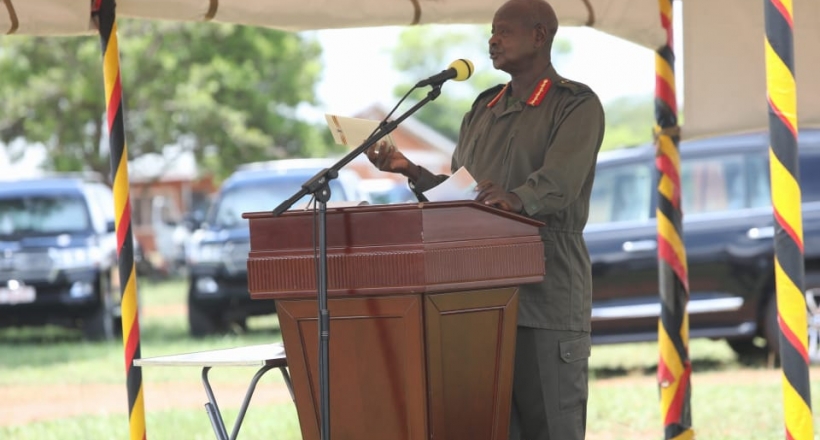 President Yoweri Museveni has directed newly elected NRM MPs and the Ministry of ICT to draw a new media strategy which government and the NRM party shall adopt if they are to neutralize the opposition.

Museveni says that for long, the NRM party and himself as its chairpeson concertrated more on doing than talking yet both doing and working are equally important to government and the people.

"Our revolutionary method of silently doing things should stop and we adopt a new way of communicating our achievements," President Museveni told NRM MPs yesterday during an ongoing three week Retreat.

"The previous narrative of 'we shall know them by their fruits' should end and we forge a way out," Museveni said, adding  that although performance is the most important thing, there is no harm in talking about this performance.

He instructed the new MPs to make it habit of appearing on local vocabulary radio and television stations in their respective communities to communicate to the residents about progress of government programs and other important messages that benefit the community.

According to Museveni, this approach is very cheap and very effective since it covers a wide scope compared to other channels of communication like newspapers and television stations.

"I remember, it is the same approach I used in the just concluded elections while campaigning yet the opposition candidates were busy exposing Ugandans to corona virus by holding mass rallies," President Museveni reminded MPs.

He also instructed the ICT ministry to create a standby commission to work with other government agencies upto district level to always be on duty to communicate government programmes and also counter opposition lies whenever they emerge.

Museveni says that government shall also build a national communication network through empowering and facilitating Resident District Commissioners(RDCs) and NRM Public Secretaries to regularly appear on radio and other media platforms atleast once a month to explain and update locals about government plans and other issues.

President Museveni mentioned some of the issues like land grabbing, poor roads, electricity which affect the people.

According to the President, the ICT ministry should further audit the exiting media industry to streamline it and deal with those that misbehave and constantly tell lies yet are not held accountable.

According to the Government Spokesperson and Executive Director Uganda Media Centre, Mr.Ofwono Opondo, MPs should interest themselves in constant reading and doing research to speak on an informed point and avoid embarrassment while appearing on any media talk show.

Opondo says this will help the NRM party to recapture positive public opinion and restore public confidence in the country's stability and progress, both domestically and internationally.