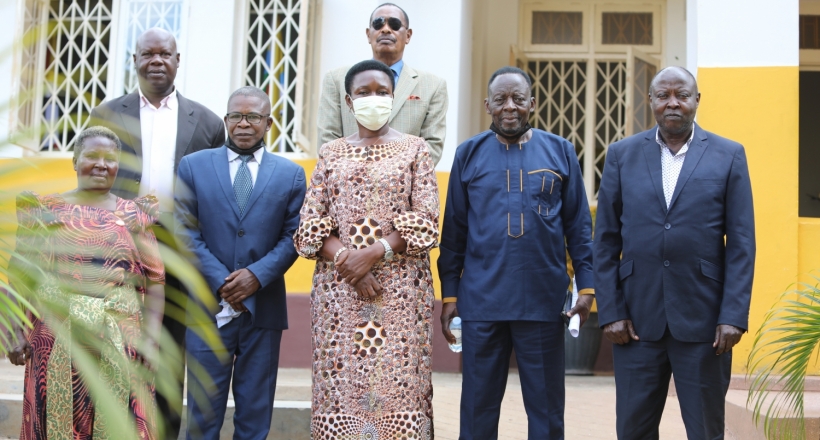 The Director for mobilization Hon.Rosemary seninde has today met with senior citizens and elders from Mukono district under their association,  Semrick Foundation for older persons in central region Ltd.

The association formed is geared towards sustainable development for older persons in the central region targeting the youth and women in improving life development skills, creating employment, wealth and social wellbeing at household level.

In their presentations, the elders led by Hajji Ali Kalungi Ssalongo appreciated the great work of mobilization being done by Mrs. Seninde since her appointment and assured her of their commitment starting with drumming up for NRM support during forthcoming Kayunga LC 5 By-election.

In her response, Hon Seninde promised to lobby for the association some agricultural inputs from NAADS and operation wealth creation (OWC).

“Since you are an organized group, I will talk to the NAADS Secretariat and operation wealth creation leaders to get for you some inputs like crop seedlings and animals to expand your project,” Seninde said.

The association since its inception has expanded their projects in piggery, poultry among others.