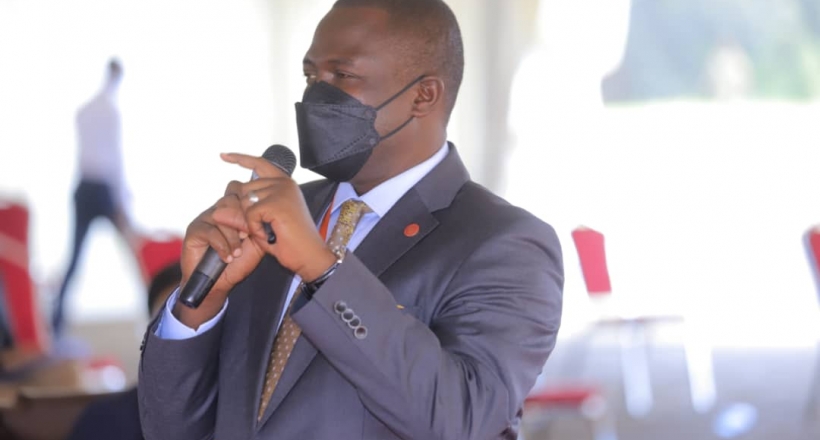 The NRM party Secretary General Rt. Hon. Richard Todwong has asked the government to prioritize elimination of corruption in the next budget.

Todwong was speaking at the Budget Conference for Financial Year 2022/23 at Kololo Independence Grounds on Thursday. He asked the Minister for Finance to take seriously the issue of corruption and wastage of public resources.

“The Minister of Finance should take it seriously from us at the party that the issue of corruption and wastage of public resources by pubic officials should be dealt with decisively in the 2021/2022 budget. “We as a party are not comfortable with the way public officers and accounting officials are using public resources. And we ask that the ministry outlines in this budget framework paper how it intends to deal with such officers,” Todwong said.

The Secretary General also hinted on the decline in GDP ratio from 6.4% in the 2018/19 budget to about 3.3% in 2020/21 budget, a drop of about 60%. “Could that be explained by Covid only or there are other factors that could have led to substantial drop in our GDP ratio?” he asked.

Todwong is, however, concerned about the low numbers of local investments in the economy, with so many foreign investments mushrooming. “We have a problem with the local businesses in Uganda and as a party we feel the nationals should partake of the economic growth of the country,” he noted.