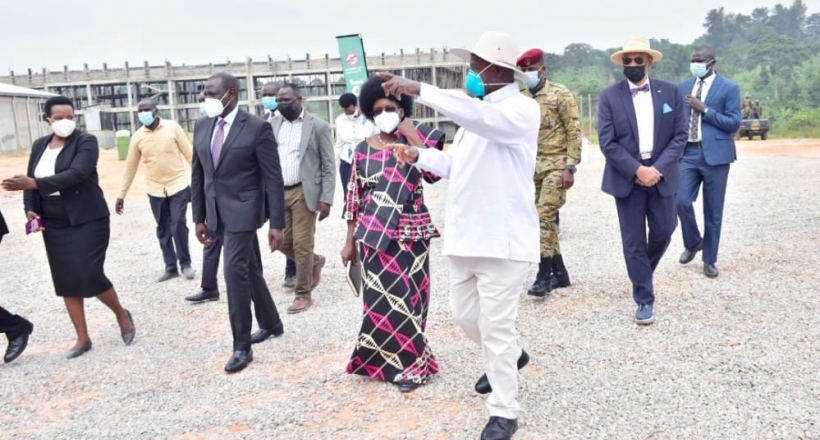 President Yoweri Museveni has said governments deliberate policy to engage grassroot communities in Operation Wealth Creation (OWC) by empowering them not only to produce for the stomach but also for the pocket through enterprise selection and mix has pulled 61% of households to a money economy.

“These people are not poor. How can you be poor when you have three acres of land or more? OWC is about waking up people.

Subsistence agriculture has been the problem in Uganda. People producing for the stomach alone where accounting for 68% of homesteads in 2013. That is why I involved the army to wake up these people to use their land to produce for the stomach and the pocket and do so with enterprise selection and mix (Kibalo).

In a recent household survey for the first-time, 61 percent of households are now in the money economy.

“It is still a big number but better than where we are,” the President said.

“I have been a keen follower of OWC. The people at bottom of pyramid have been provided with grants and inputs to improve productivity and this has contributed to surplus. You have reduced the cost of living here in Uganda. That is something we are keen to look at. We are keen to build from the bottom up,” he said.

Deputy President Ruto was yesterday speaking shortly after President Museveni laid a foundation stone for a multibillion Biological Drugs and mRNA Vaccine Manufacturing Facility at Matuga-Wakiso District. The ceremony was held under the theme, "Making Africa self-sustaining in health care, A Giant Leap”.

“Your brothers and sisters in Kenya are proud of what is going on. Uganda of the 70s was a Uganda of shortages including sugar and other commodities, today it is a country of surpluses. As I was driving here, in the market in Kawempe, I saw surplus fruits. We are beginning in Kenya, to feel the surplus in Uganda and we feel the pressure. That reminds us, that we need to rejog our thinking by building a bigger market to supply deficits in Kenya and surplus in Uganda,” he said.

“We want to pick lessons. By so doing we can develop a huge fund that helps in driving long term investments in your country. I spoke to your health minister yesterday. I thought you appointed her to meet the gender balance, but it is in her right as professional, very intelligent. There is something like public health insurance programme that we have in Kenya that we can discuss so that ordinarily boda boda guys can pay a little fee to treat themselves. We can have exchange programme,” he said.