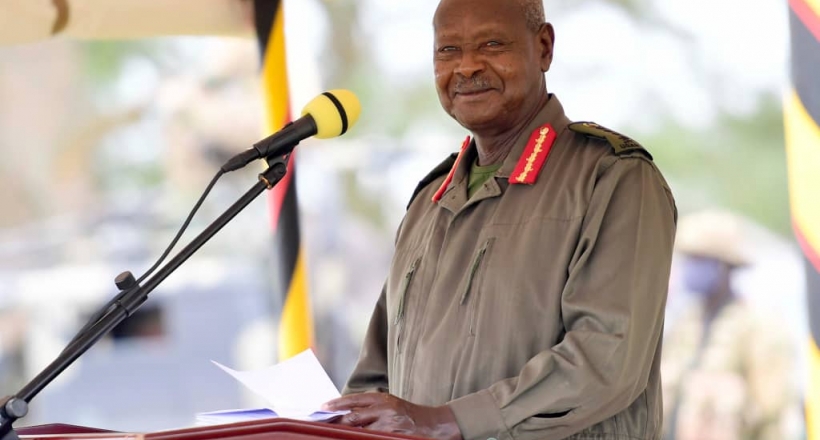 President Yoweri Museveni has asked newly elected MPs to emulate Jesus Christ by being  humble and  good servants to people they lead.

While attending an ecumenical service at National Leadership Institute in Kyankwanzi that was organised by Catholics, Anglicans and Moslems, President Museveni cautioned NRM MPs-elect against selfishness and pride but rather be good servants who take care of their sheep.

"Be shepherds of the flock that God gave you and take care of it willingly as God cares for it. Do your work, not for mere pay but from real desire to serve," Museveni told MPs,   reading 1peter 5 from the Bible.

He also cautioned MPs against working for mere pay but should instead work from their desire to serve the people who voted them into leadership.
Museveni challenged MPs to be good examples to people within their communities.

"Do not try to rule over those who have been put in your care but be examples to the flock," Museveni told the leaders.

Newly Elected NRM MPs are in  a retreat at the National Leadership Institute in  Kyankwanzi District which began last week on Thursday and shall run for three weeks.

President Museveni on Thursday this week officially opened the Retreat.

Yesterday, Museveni who is also the NRM chairman began meeting MPs in clusters of the regions where they hail from.  He started with Buganda and Karamoja.

The NRM Director of communication, Emmanuel Lumala Dombo says that the organised meetings with the President are mearnt to help the MPs to discuss  issues affecting their people without dirveting the purpose of the retreat.