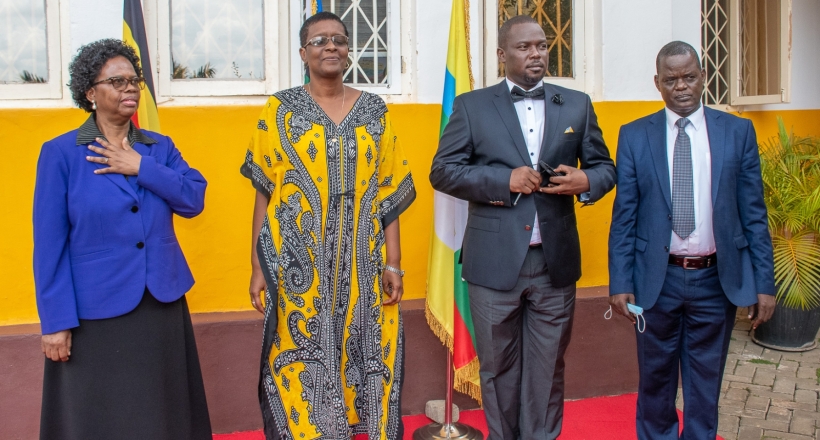 At about 9:00 am, Rt.Hon.Todwong together with H.E Elizabeth Musaazi, Uganda’s Ambassador-designate to Cuba as well as the Director in charge of the Diaspora at NRM, (Rtd) Maj Awich Pola welcomed the Cuban representative to Uganda at the NRM party head offices in Nakasero, Kampala, Uganda.

The two parties held a closed-door meeting before addressing the press. Todwong said the Cuban ambassador visited their offices to commemorate with its leadership and members for the loss of Rt. Hon Jacob Oulanyah, Speaker Emeritus of Parliament and CEC Vice Chairperson for Northern Uganda.

Todwong also said Cuba’s ambassador visited the ruling party in Uganda to renew their historical ties and reassure NRM and the Ugandan Government of Cuba’s commitment to strengthening their cordial relations.

“We have discussed matters of mutual interest and bilateral concern between the Communist Party of Cuba and the National Resistance Movement party,” Todwong said.

Cuba and Uganda have had historical collaborations and partnerships in areas of science and technology, education, agriculture and protracted fight for freedom and independence.

Amb. Tania Perez signed the condolence book to express her country’s sympathies to NRM and Uganda at large.