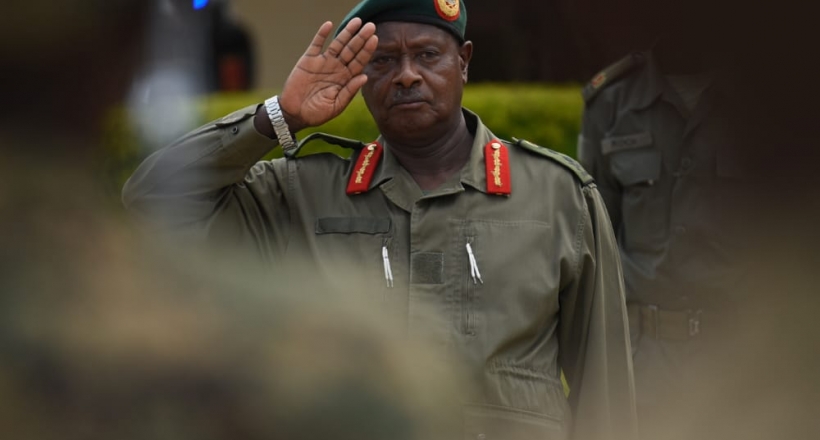 President Yoweri Kaguta Museveni who is the Command in Chief of all armed forces and National Chairman NRM on Saturday said that beating of people, barking at them and torturing of suspects by security agencies in quest for evidence is unacceptable and intolerable.

“When you put on the uniform of Uganda, you must respect the people. People in uniform must not bark at anyone or beat anyone, not even the wrong ones. There should be no killing of any Ugandan for any reason apart from if you are condemned by the court of law to be hanged. Keeping people in jail for a long period without trial is not allowed. Jails are not stores for people,” the president said while addressing the country on the security situation.

"Although,beating thieves is traditionally allowed and encouraged, the UPDF is not a traditional army here. The army is a revolutionary army. It would help if you used revolutionary beliefs, not ancient traditional beliefs. Our human rights record is incomparable to any other in the world. The NRM doesn't believe in revenge," Museveni cautioned all security agencies.

President Museveni added that it is wrong for security agencies to deport foreigners without trial, noting that deportation must be handed legally by presenting the foreigners in court so that the loopholes are not used to disadvantage the country.

The president also noted that the NRM doesn’t believe in assassination of opponents noting that it makes no sense at all.

“We don't believe in assassinations of opponents. Why should I kill them? By killing him, it means his argument is so powerful, and I have no option but to do away with him. We fight all the people who oppose us politically. And we have always defeated them politically. We even didn't want to kill Amin or Obote; at one time, I saved Tito Okello from being killed here at the Nile Mansions.”

He said that in the past he has issued directives to security forces on how to handle suspects that he said ought to be followed, adding that the NRM respects human rights to the dot.

“Do not damage our legitimacy, history and achievements. The issue of human rights. This was one of the main reason as to why NRM/A went to the bush and fought from 1971. No Ugandan today is a refugee due to stability in the country. Before the current government came to power, 500,000 Ugandans were refugees. The country instead now hosts 1.6 million refugees,” the president said.

“We defeated Lakwena, Kony, ADF; we cannot fail to cope with cowards using boda bodas to kill people. If we stick to principles, no one will oppose us forever because we are right. That's why you see opposition politicians crossing to our side. I want people of Ugandans to know that I will launch a serious campaign to uproot the culture of reactionary behavior in our armed forces.”

The president noted that the NRM remains committed to respecting and protecting the human rights of all persons.