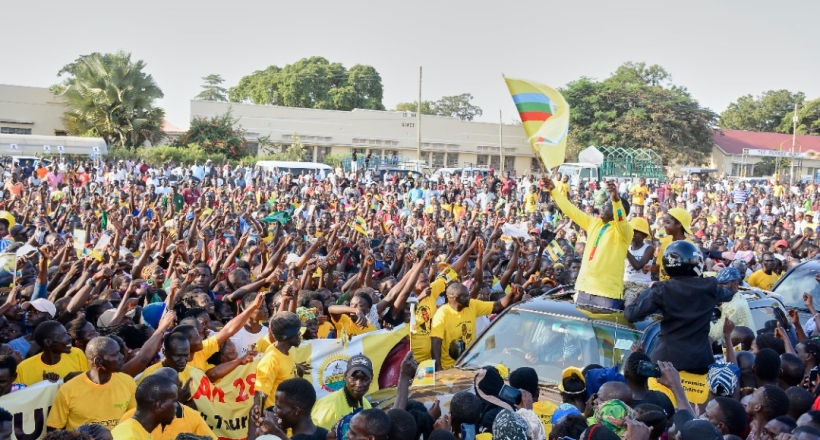 The NRM candidate for the Soroti East by-election has rounded up his public campaign with a mega rally at the Arrow Square grounds in Soroti City.

He was boosted by the party leaders that included the Vice Chairman of the Eastern Region, the Prime Minister, and the Secretary General, among other party leaders.

Capt. Mike Mukula said that the campaigns have been largely peaceful, and as for the NRM, they're ready for a massive win.

"NRM is going to win this constituency resoundingly because our support base is robust with enough capacity." Capt. Mukula noted.

He added that all the people from the party structures have been fully mobilized and are waiting for the people in all the 13 wards and 84 cells to line up and vote for Hon. Herbert Edmund Ariko on the polling day.

The Secretary General, Rt.Hon. Richard Todwong, thanked the people of Soroti City for the support they have showered the party candidate with.

"Our mission is to win. We have canvassed for support in all the areas to ensure that the people accept our message. " According to the Rt. Hon. Todwong.

On his part, Herbert Ariko revealed that there were early-warning indicators that Soroti City East’s pressing issues would only worsen and pledged to monitor and ensure that government programs are delivered according to policies stipulated.

He thanked the party for entrusting him and the people of Soroti East for supporting and welcoming him overwhelmingly during the campaign.