Parish model will leave no one behind 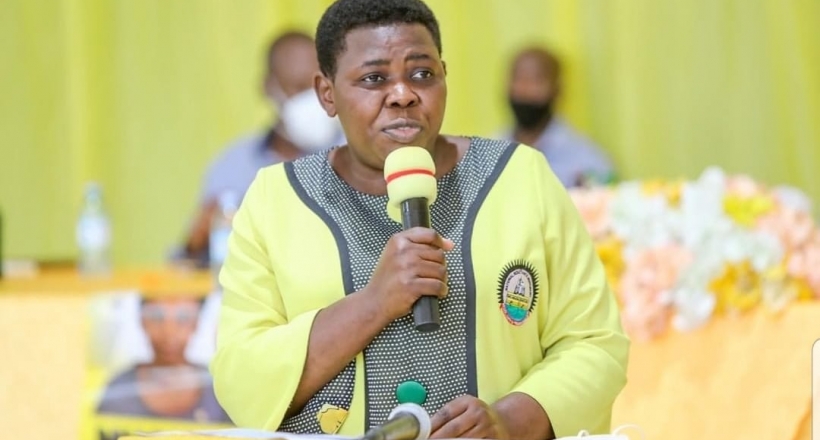 For the last 35 years, the Government has worked to bury the dark past of Uganda’s history.

The party has built a foundation which has, in turn, formed a springboard for the transformation of the country. After restoring sanity and ending killings of innocent civilians, the NRM embarked on a mission to secure the social and economic lives of Ugandans, which were destroyed by the past regimes. The Government took up programmes for social economic transformation, beginning with returning children to the classroom and establishing health centres at decentralised level, so as to enable Ugandans get proper healthcare. Next was to ensure prosperity for the country’s citizens.

Many Ugandans live hand to mouth, a fact that has been highlighted by the global Covid-19 pandemic. It was assumed that subsistence living was preserved for only farmers and the peasants.

When the Government ordered a lockdown to save Ugandans from massive deaths, it became clear that majority of the urban dwellers could not survive without handouts.This is something President Yoweri Museveni has been preaching against for a long time. Under his guidance, the Government has since the early 1990s, drawn up various strategies to address the dilemma of living hand to mouth, as well as enhancing sustainability and inclusive growth. The Government has, however, realised that existing strategies to address poverty reduction and prosperity in the country fail on comprehensiveness and proper outlays on how to transform households from subsistence into the monetary economy. It then embarked on policy and development reviews that have led to development of the parish development model (PDM). This last mile strategy has been designed specifically to foster service delivery at the parish, which is the lowest administrative unit. It was designed to work in tandem with already existing government goals, such as the decentralisation, which was launched in 1992, to devolve government functions to the citizens at lower government levels. This was done to allow people manage their own affairs.

The PDM was also designed to operationalise programmes outlined in the National Development Plan III, which sets out to restructure operations of the government by eliminating duplication and wastage of resources.

After designing the PDM, the Government integrated it into its 2021 NRM Manifesto, as a tool to evaluate progress after 2026. In the manifesto, NRM sets out to adopt a science-led PDM to reach homesteads that are still in the moneyless economy. The parish will be the vehicle for data gathering, area-based enterprise selection and development, promotion of cooperatives, delivery of financial services and community mobilisation. The parish will be the centre for multistakeholder/sectoral co-ordination and providing feedback on government services. The PDM is designed to address the inequality, youth unemployment, low productivity, and weaknesses in the delivery of public services at the grassroots. In its structure, the parish chief is the co-ordinator of all government efforts at the parish, reporting to the sub-county chief, who is also accountable to the Chief Administrative Officer. These will in turn report through the regular structures that will include a PDM secretariat at the local government ministry.

The secretariat will support the technical committee made of heads of the various ministries, departments and agencies, who will also report to Cabinet. The parish chief will mobilise the leadership of all local stakeholders to form a Parish Co-operative Association (PCA), where s/he will be an ex-officio member and a signatory to its accounts for accountability of public funds.

The parish development committee will be formed, comprising state and non-state actors. It will include the Local Council 1 chairperson, all village chairpersons, representatives of the various special interest groups, as well as elders, religious and cultural leaders. This new poverty alleviation programme is a strategy that will leave no one behind.