NRM members have a mandate of fostering their people for development 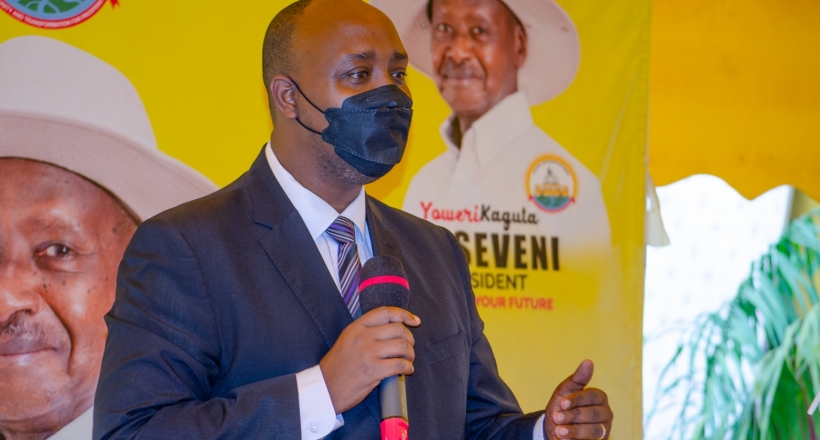 NRM party members who do not mobilise their village and community members to participate in development projects are guilty of sabotaging government programs.

Allan Nshimye, a lawyer and legal consultant says that it is a duty for a party member to understand and participate as well as mobilise fellow community members to participate in these programmes.

Nshimye was speaking to NRM cadres, supporters, staff as well as top management of the party during the 9th NRM Ideological clinic on Thursday afternoon.

"A party member has an obligation under the law to understand, mobilize and implement government programs in their villages," he told participants during the clinic at the party headquarters in Kampala.

According to Mr Nshimye as the party with the mandate of the people to govern this country for the next five years, it is the responsibility of the party and its members to foster development. He explained that objective number 7 of the NRM party states that the members are obligated to mobilize the people of Uganda for development.

He also cited the national development objective number 10 which relates to the people's involvement in development. He told the gathering which involved more than 10,000 followers who joined the clinic via Zoom and YouTube, that the NRM government has done its part putting in place various development programs like the Youth Livelihood, Women Empowerment Program, the Emyooga fund, Support for Elderly and the most recent Parish Development Model.

"It is every member's responsibility to ensure that the people in their areas benefit from the government programs," Nshimye states, adding that there is a problem of minimum participation of members to mobilize citizens to embrace government programs.

He encouraged the party Urban dwellers to engage in urban farming through the use of sacks to help in growing vegetables like cabbages, onions and tomatoes.

The party Deputy Secretary-General Hon. Rose Namayanja Nsereko urged all members of the NRM  to spread the gospel of development in their respective areas of aboard.

"It's just the beginning of the ideological clinics and development without security is temporary."

This is the reason why the NRM government has secured the political security of the country first. Next is now economic security, through social-economic transformation.

"We're changing the strategy where we are saying that let's communicate what we are supposed to communicate to the people and party members mobilize the people to embrace government programs at all levels more so at the village level."

Namayanja emphasized that its the mandate of party members to sensitize people in villages, to begin with, the small investment so as to grow and fight poverty as this will improve household income.

On her part, the party's Director for Administration and Finance, Hajat Madina Naham encouraged party members to embrace the strategic mobilisation techniques that focus on solving the issues of their respective communities by taking advantage of government poverty alleviation programmes.