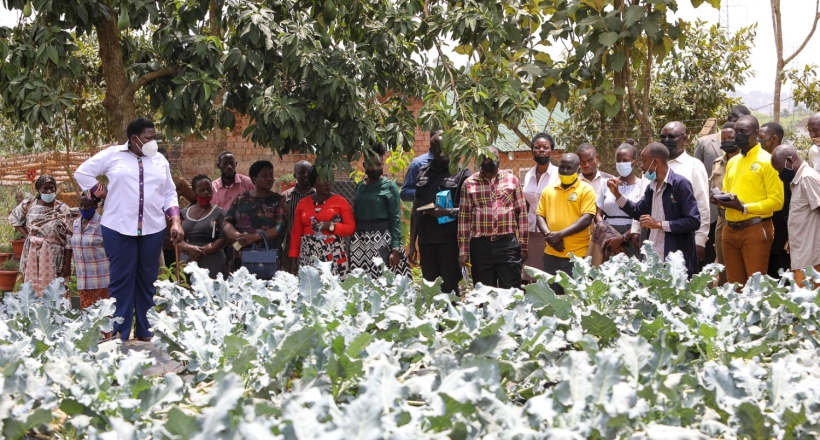 Hon. Namayanja who was impressed by several activities at the demonstration farm urged the NRM staff to embrace urban farming since it requires small spaces if they are to ensure food security in their homes and generate side income from their surplus produce.

“Instead of spending all your free time on social media following up on other non-issues, I challenge you to interest yourselves in urban farming like growing vegetables, rearing chicken among others to ensure food security in your homes and sell the surplus,” Namayanja challenged her staff.

She also commended the KCCA leadership for a well-thought-out initiative that has trained and empowered several willing Ugandans, especially youth to earn a living through urban and smart farming.

The NRM ideologue asked the government to establish similar demonstration farms in the rest of the cities across the country to decentralize the knowledge and skills to people outside Kampala.

Mr Godfrey Kamugisha, the Farm Supervisor said the farm which started nine years ago has acted as a demonstration for urban farming to Ugandans, offered tailored hands-on training in agriculture, produced quality seedlings and has well been used to test technologies developed from various institutions.

The NRM team toured several projects taking place at the farm which include poultry, vegetable growing, piggery, cattle rearing, fishery among many others.