Museveni to campaign for NRM flag bearer in Kayunga 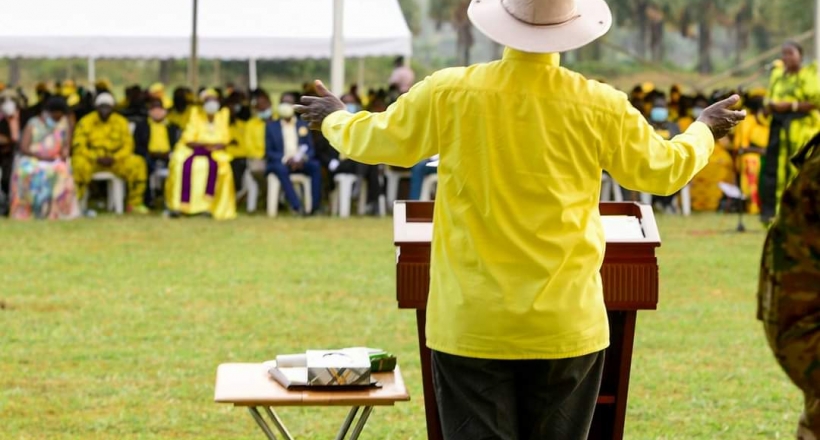 The NRM National Chairman, President Yoweri Kaguta T. Museveni is today expected in Kayunga where he will campaign for the party flag bearer in the LC5 race, Andrew Muwonge.

Museveni will address two scientific meetings at Kayonza Sub-county in Bbaale Constituency and Busaana in Ntenjeru North Constituency where he will address the leaders and guide them on some issues as well as galvanizing  support for the party in the forthcoming by-election set for Thursday, 16th December.

The Party National  Chairman's program comes on the back of the vigorous four week campaigns spearheaded by the party leadership including the Secretary General, Rt.Hon Richard Todwong, the  Deputy Secretary General, Namayanja Rose Nsereko, Director for Mobilization Hon Rosemary Sseninde Nansubuga, Director for communication, Hon Emmanuel Dombo Lumala and other officials from the Office of the National Chairman.

The campaigns were reinvigorated by the arrival of the Prime Minister, Rt.Hon Robinah Nabbanja who joined other party officials to address a series of scientific meetings meant to canvass support for the NRM flag bearer.

Kayunga will on Thursday 16 December vote for its next LC5 chairman after the death of Ffeffekka Sserubogo in June.