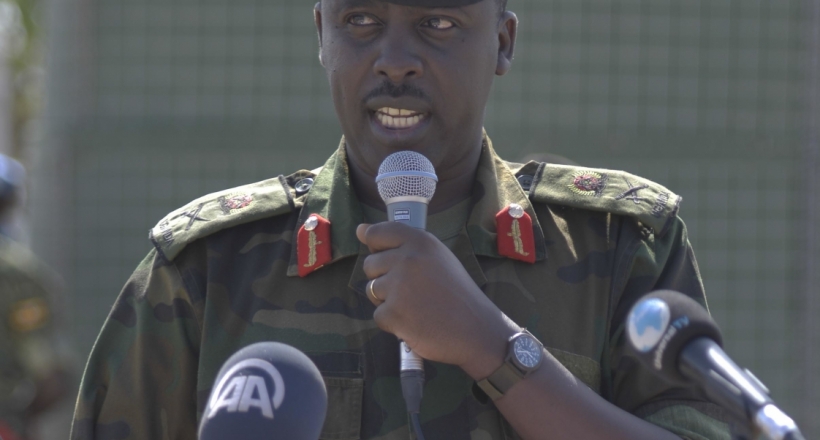 Police in Masaka have Wednesday afternoon charged 10 suspects with murder and 1 suspect with attempted murder in relation to the recent spate of killings that have rocked the greater Masaka region in Central Uganda.

A statement by the Criminal Investigation Department of Police PRO Charles Twiine indicates that police have in their possession incontrovertible evidence linking  the suspects to the death of 7 out of 28 people killed in Masaka region over the last month.

"10 suspects have been charged to Court with 7 counts of Murder and 1 of attempted Murder in connection with the vicious murder crimes in Masaka. Incontrovertible evidence from the Police Forensic services clearly links them to the the death of 7 people," the statement from Mr Twiine reads in part.

Yesterday, State minister for Internal Affairs, Gen David Muhoozi told Parliament that government has outlined several measures to stop the senseless killings which he said were intended to create fear and apprehension in the population.

Earlier in the week the Uganda Police Force Chief Political Commissar, AIGP Asan Kasingye, assured the people of Greater Masaka that the police and its sister security agencies were on top of the situation and would bring to book all criminals behind the attacks on members of the community.

"The intelligence is on ground. Operations are going well", AIGP Kasaingye said, adding that the Police is also using the community policing approach to talk to the police officers and the public to mobilize them so that they are the first line of defence and protection against the criminals. "This will be solved very quickly. The investigators are doing a good job. 11 people have appeared in courts today and more case files will be processed to face court," he said, calling  for increased trust.

"Ugandans need to trust us and know that they play a big role by sharing details about any suspicious persons," he noted.

NRM Deputy Secretary General, Hon Rose Namayanja Nsereko, while appearing on local TV station NBS this morning called for the resumption of community policing as a way to curb the murders. Ms Namayanja stated that since residents know each other,  it will be easy to identify strangers and isolate the perpetrators of the crimes.