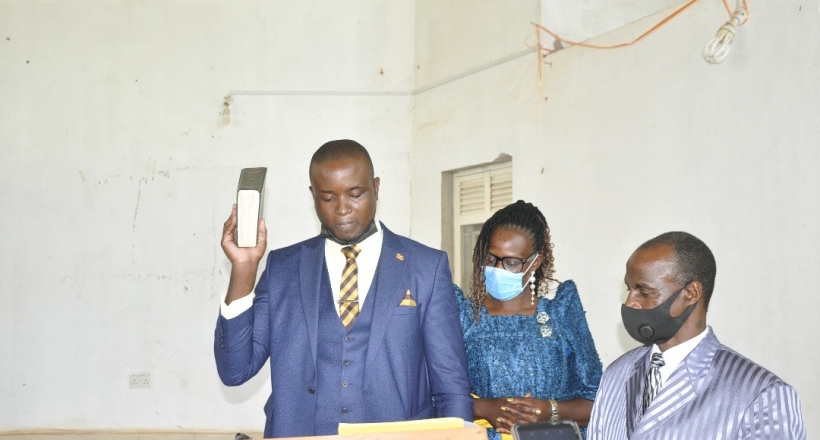 The NRM Secretary General Rt Hon Richard Todwong has hailed the people of Kayunga for voting Andrew Muwonge as their next LC5 chairman.

"In the next financial year, the budget will now increase from shs40 billion to shs45 billion. This is mainly to help you, leaders of Kayunga district, to fight poverty, illiteracy, and underdevelopment and make sure you take services to your people,” Todwong said.

The NRM Secretary-General was speaking during the swearing ceremony for Andrew Muwonge as the new Kayunga LC5 chairman.

He emphasized that by voting for NRM's Muwonge, the people of Kayunga made the right choice.

In his speech after taking oath, Muwonge who has been a youth leader pledged to serve the people of Kayunga without discrimination.

“I have come to unite and serve the people of Kayunga and I want to assure the councillors that we have not merely got a change in the district leadership, but we shall experience a change in service delivery,” Muwonge said.

Having got 31830 votes, Muwonge beat National Unity Platform's Harriet Nakweede who got 31380 votes to win the Kayunga LC5 seat

The function was also attended by the NRM director for mobilisation hon Rosemary Sseninde and Hon Emmanuel Dombo, the director for communication.