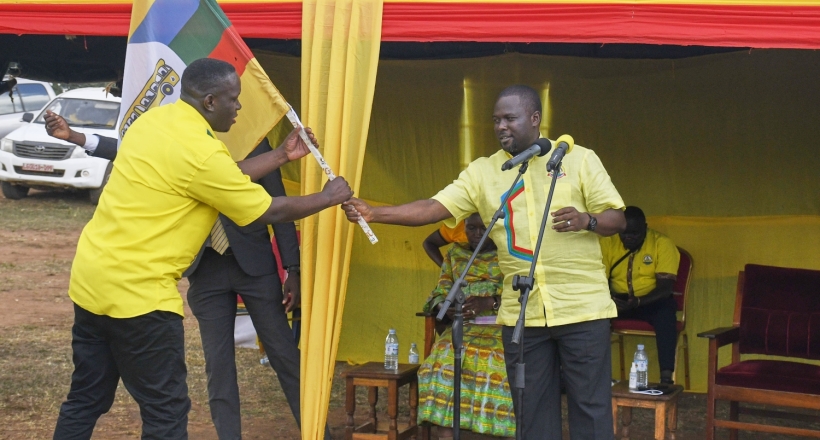 The NRM Secretary General, Rt Hon Richard Todwong, has called on leaders to work towards transforming their people and societies for the better.

While addressing the NRM Pallisa District Conference today, Rt Hon Todwong said that it was the role of the leaders to transform the lives of their constituents and society.

"Our message as a party in leadership to the people is socio-economic transformation and poverty eradication." "These are the programs we need cadres to continue preaching to our people," Rt. Hon. Todwong said.

Todwong urged the people to elect NRM-leaning leaders as they, he said, will cooperate well with the government in extending programs and services closer to the constituents.

People should always elect leaders that belong to the NRM. Todwong warned, "You can afford to play with the leadership when you feel you have everything you need from the government." Be wise; work with somebody who can work with the government. "

He urged the leaders to spread the poverty eradication message and popularize government programs that address the same.

"Leaders should concentrate on fighting household poverty because the government will fulfill all that has been promised and pledged," he said.

On her part, the NRM Director for Mobilisation, Hon Rosemary Seninde, warned party members against acting contrary to the party position.

"In Gogonyo County, we have a party position which is Hon. Orone being the flagbearer. Anyone who defies the party position becomes a rebel against the party. It is our role as leaders to try to win them back to the party, "Seninde said.

On his side, Hon. Derrick Orone thanked the delegates for supporting him and pledged to lobby for more services for his people once re-elected to parliament.

Gogonyo County will go to the polls on the 11th of August to determine a legislative representative.