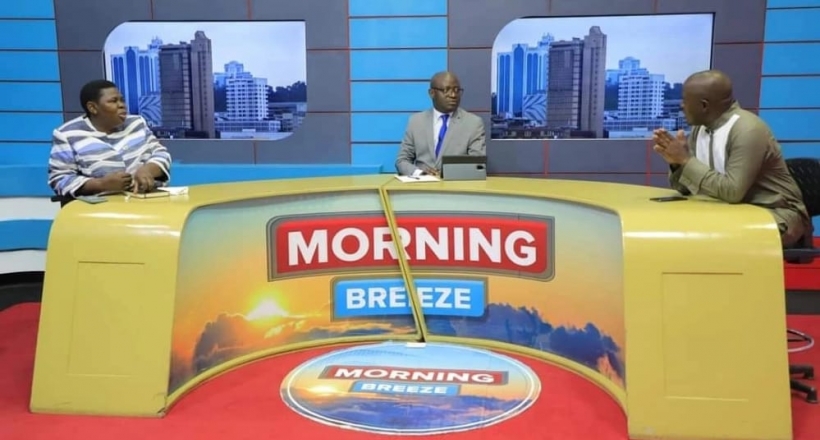 The NRM deputy Secretary General, Hon. Rose Namayanja Nsereko has said the resumption of the community policing program by local leaders in greater Masaka region will help in decisively dealing with the latest killings in the area.

Speaking while appearing on NBS TV’s Morning Breeze show on Wednesday morning, Hon Namayanja said since residents know each other, the community police program will make it easy to identify visitors and strangers in the villages and information passed on to authorities including LC1 leaders and police for action.

“I suspect that the motive in the Masaka killings is different and community policing, a practice where people largely work closely with security agencies should be enforced until we discover the motive behind these indiscriminate killings,” Hon Namayanja said.

The NRM deputy Secretary General however noted that it is wrong for politicians and other leaders across the political divide including those from the greater Masaka area to use the murders as an opportunity to blame government and security agencies. She said they should instead coordinate with the population to see how to solve the problem.

Hon Namayanja added that the hand of terrorist groups like the Allied Democratic Forces (ADF), which for long have tried to destabilize Uganda cannot be ruled out in the recent spate of murders. She noted that government is working around the clock to arrest anyone involved in the killing of innocent Ugandans.

“Government has been confronted by rebel groups like ADF in the past but this is a new kind of insecurity. This time round it is not like a frontline perspective. I am however, confident that government will handle this issue well,” she said, adding that after President Museveni ordered the installation of cameras , the problem of rampant attacks on women was dealt with decisively.

Namayanja, however, challenged the police leadership in greater Masaka to investigate and inform the public on whether the assailants behind these killings are residents or are criminal gangs who come in to cause havoc to the population and later disappear.

When asked about President Museveni’s directive to give Shs10 million to each of the families that has lost their loved ones during this wave of murders, Hon Namayanja said the money is not compensation.

She noted that no price tag can be attached on the life of a human being but said the money is a condolence to the families that have lost their loved ones.

A total of 28 people have been killed in this wave by still  unknown panga wielding assailants who attack villages in Masaka region during the night.

The State Minister for Internal Affairs, Gen David Muhoozi told Parliament yesterday that Police and sister security organs have arrested more than 60 people in connection to the murders in greater Masaka region.

He added that they have also put in place other measures and interventions including formation of small squads to conduct patrols, check points and searches for suspects.
Gen Muhoozi said that security has also intensified intelligence gathering for any leads and information leading to arrest of the assailants, formation of security committee and reinforcement of police man power.