Why Youths should vote Museveni to secure their future 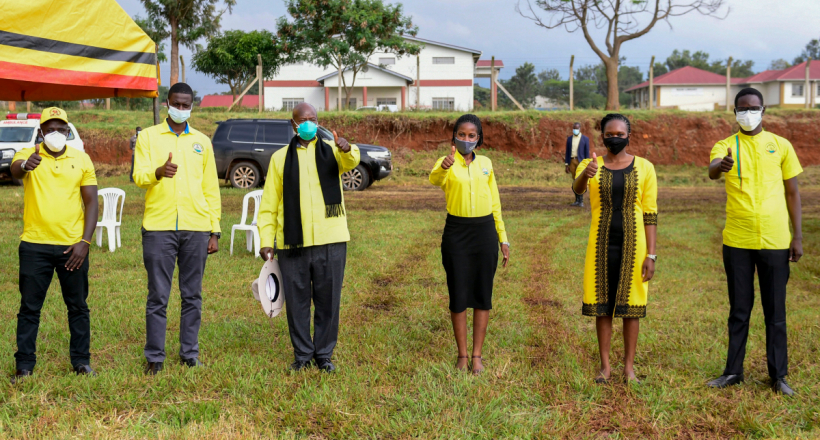 It is almost a mont now since the Independent electoral commission gave a green light to 11 Presidential candidates to traverse the nation in abid to rally potential voters both young and old to support them.

This time round, 2 million out of 17  million registered voters are first time voters and about 60% are below the age of 30.   This implies that whoever taps into this group will take the day.

NRM flag bearer and incumbent President Yoweri Tibuhaburwa Museveni (76) has been organising separate meetings with youths leaders in every district he has visited  in order  to understand their problems and  address them.

Whereas Museveni is not a youth himself, we address reasons to why youths should trust him to secure their future.

After taking power in 1986, Museveni rolled out a mass immunisation campaign to save thousands of young people from killer diseases that were taking lives of children before celebrating their 5th birth day. As a result, the population exponentially grew from 14 million Ugandans in 1986 to about 45 million today.

Of course, such exponential increase is a challenge to leaders in terms of providing basic needs like education, health care, clean water and food if there are no preparations.

The visionary Museveni in 1997 introduced an unprecedented Universal primary Education program(UPE) to provide free basic education to all children especially those from  economically disadvantaged families.

Upon the introduction of UPE program and Universal secondary education (USE), enrolment increased from 2.2 million in 1986 to now over 10.7 million children  in primary schools and 2 million student in secondary schools.

NRM under Museveni invested in the youth livelihood programme (YLP)  as one of the government  interventions to respond to high unemployment rates and poverty among the youths in the country to start their businesses. About ush.160 billion revolving fund was lent to various groups across the country.

President Museveni also piloted a skilling programme for the youths throughout Kampala and surrounding areas. As a result, thousands of youths have acquired skills in shoemaking, embroidery, tailoring, hairdressing, knitting, crafts, stone-cutting among others.

Last month, President Museveni through the Ministry of Microfinance  injected Shs20 Billion into the 660 constiuency-based Emyooga programme which will benefit millions of Ugandans across the nation. This money targets all Ugandans especially the youths and women who are economically disadvantaged.

In the 2021-2026 manifesto, President Museveni is committed to continue empowering the youths in various developmental programmes as he secures their future.