Why bobi wine is not an option for Ugandas leadership 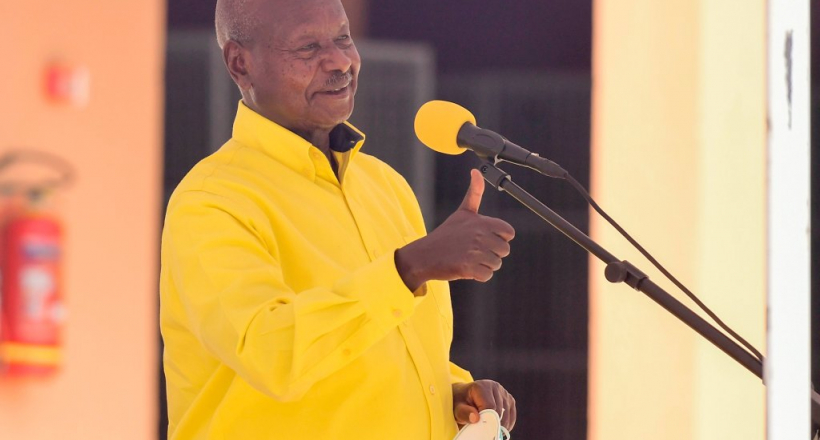 As Uganda nears the General Elections in January, the political dust is high yet again, raised by  candidates at all levels trying to win majority favour from the electorates.

Candidates both under political parties and those independent are meant to be explaining  their political gospel captured in their manifestos for the next five years. However, that is not the case, instead many contenders, especially the opposition spend most of the time in smear campaigns and character assassination especially against the incumbent.

Candidates would be unpacking their manifestos to inform ordinary people how they will benefit from the alternative leadership in tackling existing issues like corruption, unemployment, poor health services, poor quality education  among others.

Surprising, those in opposition look to be lacking a better alternative after museveni. Throughout his campaign, Hon Kyagulanyi Robert (Bobi Wine) who seems to be President Museveni's biggest challenger, has on several occasions been captured on camera concentrating on trivial and sometimes non issues like accusing the  incumbent and security officers of plotting to kill him.

Bobi Wine and his supporters also preach heaven and practice hell, for example, early this year Bobi Wine released a song cautioning people against the deadliy corona virus. However, a few months later he is seen openly defying Standard Operating Procedures(SOPs) put in place by the  Electoral commission and Ministry of health as a deterrence to the quick spread of corona virus. EC had guided that only 70 and later 200 people be allowed to access designated campaign venues for candidates in order to allow social distance among supporters but all these were violated by Bobi Wine.

Instead, he has carried out  processions through towns and  addressed mass gatherings in their thousands.

The incumbent Yoweri Museveni has strictly adhered to the EC guidelines concerning the safety of all Ugandans to the letter. Throughout his campaigns, Museveni meets with few NRM leaders that practice social distancing.

One of NRM's strengths has been securing lives and property of Ugandans and striving to safe guard Uganda against foreign interference yet Bobi Wine has been accused of using the western countries to destabilise Uganda.

With the help of western powers, Bobi wine has threatened to devastate Uganda just like Libya in 2011, Egypt, Syria and other Arab countries if victory doesn't come his way in the forthcoming presidential elections.

Before capturing power 34 years ago, the prevalence of insecurity in Uganda was high and people lived in fear against government soldiers and police who were meant to secure them. An ordinary Uganda would hide whenever they met soldiers or police officers.

Today Museveni has restored the security of persons, property and territorial integrity of country against both internal and external attacks like the Allied Democratic Forces(ADF), Lords Resistance Army (LRA) among others.

As a result Museveni has won the hearts of Ugandans who are convinced beyond doubt that there is no better alternative to secure them other than Gen Yoweri Kaguta Museveni.

It is the security and assurance of seeing the next day that has kept Museveni in power for the last 34 years and still counting.