Urban markets to solve unemployment among youths and women 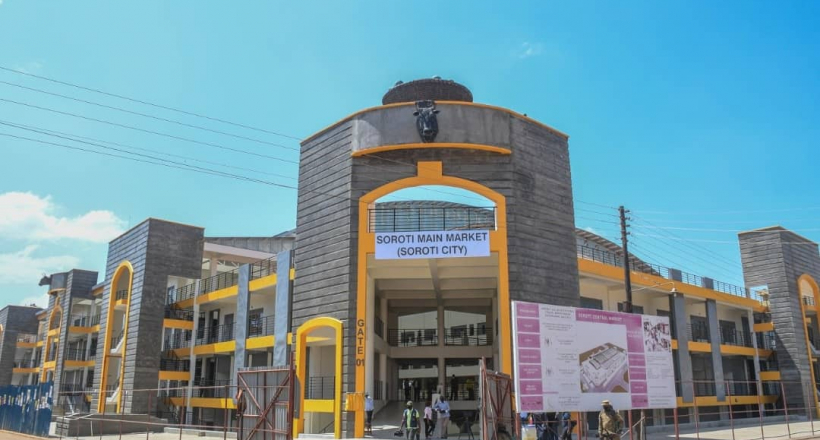 The government of Uganda is on track to establish working spaces that will accommodate the most vulnerable citizens in a bid to admit all to the money economy. NRM party chairman President Yoweri Museveni has over the years advocated for the accommodation of Uganda’s majority 68% into the money economy. According to the President, Ugandan households need to shift away from subsistence agriculture to commercialized practices.

As one way of empowering Ugandans to go commercial, the government recently began the construction of 21 ultra-modern markets across the country under the  Market and Agricultural Trade improvement Program. (MATIP phase one and two). MATIP is a government program implemented by Ministry of Local Government with an overall goal to contribute to poverty reduction and economic growth through enhanced commercialization of agricultural produce and other merchandise.

During his campaign trail that started last month, President Museveni, who is the presidential flag bearer for the ruling NRM party has launched three of the 21 markets constructed under MATIP. The markets in Soroti, Tororo and Busia are expected to create employment opportunities and enhance incomes among vendors and the general public around these markets.

Eleven (11) more markets under  phase two  are complete and commissioned and others yet to be complete include Busia, Masaka, Kasese, Arua, Soroti, Mbarara, Kitoro in Entebbe, Moroto, Kitgum and Lugazi.

The ministry of local government estimates that close to 43,200 vendors shall directly benefit from these markets and close to two million people shall indirectly benefit by carrying out businesses with vendors in these markets. This will in the end reduce the unemployment challenge among youths and women.

The markets are part of a wider plan by the NRM government to empower youth and women. The government has also put into motion the Youth Livelihood Programme where more than Shs160 billion has been released to youth groups across the country. Government has also released funds for the Women Fund where thousands of women have benefitted in all districts in the country. President Museveni this year  initiated  the Emyooga fund propramme and with 20 Billion injected to benefit two million people.