Katumba poverty alleviation promise in Kyenjojo is a fuss 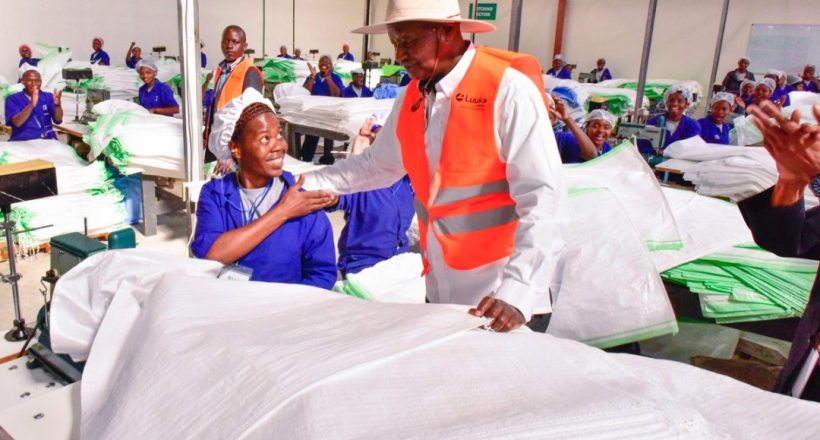 While addressing a gathering in Kyenjojo on one of his campaigns, independent presidential hopeful John Katumba promised the people that he could create more jobs for the youth and also alleviate poverty in the area. However, a careful study of the NRM manifesto for the 2021 election and several manifestos before it reveals that the Independent presidential candidate is making a fuss to gain the attention of Ugandans. The NRM government has already set in place policies to empower the youth and create employment.

Over the last 20 years, the government has consistently rolled out several initiatives to economically empower the most vulnerable Ugandans, the youth, women and the elderly people.

In 2015, the government put in place the Uganda Women Entrepreneurship Programme (UWEP) as a revolving fund to enhance women participation in the economy. It is designed to address the problem of lack of access to credit for women the majority of who lack collateral to access credit from the financial institutions. UWEP has been running for about four years and over 9,381 projects in various districts have been funded with a total membership of 117,551. In Kyenjojo district alone over 2,000 women are beneficiaries.

In June 2015, the Government through the Ministry of Gender, Labour and Social Development decided to phase out the Vulnerable Family Grant (VFG). This was a household grant that was targeting to improve the livelihood of the poor families. Due to some challenges, VFG was replaced with Senior Citizen Grant (SCG). Under this programme, Shs25,000 per month was given to a qualifying senior citizen and a total of 123,000 Senior Citizens (65 years of age) benefited under this pilot phase in the districts of Kenjojo, Kiboga, Kaberamaido, Moroto, Nakapiripirit, Nebbi, Apac, Katakwi, Kole, Kyegegwa, Napak, Zombo, Kyenkwanzi, Yumbe and Amudat.

In August 2015, Social Assistance Grants for Empowerment (SAGE) was also introduced by the government. This has also benefited over 10,600 through parish SACCOs that provide loans and help people develop themselves.

The NRM government has gone ahead to distribute 256 heifers, 216 pigs,56 poultry,50 fish fingers to the people which they have used to grow themselves thus fighting poverty.

For the youth, the NRM government, in 2013 introduced the Youth Livelihood Programme to help the young people start their own businesses. So far 3,241 youths have benefitted from this programme in Kyenjojo. More so the NRM government has constructed 7 factories, 1 for sugar and 6 for tea which has created jobs for hundreds of youth in the area.

Other programmes like skilling the youth to become entrepreneurs and Venture Capital Fund for start-ups have enabled many to acquire business cottages. All these and other priority policies that put young people at the centre of NRM government programming will see the issue of poverty and unemployment systematically wiped out.