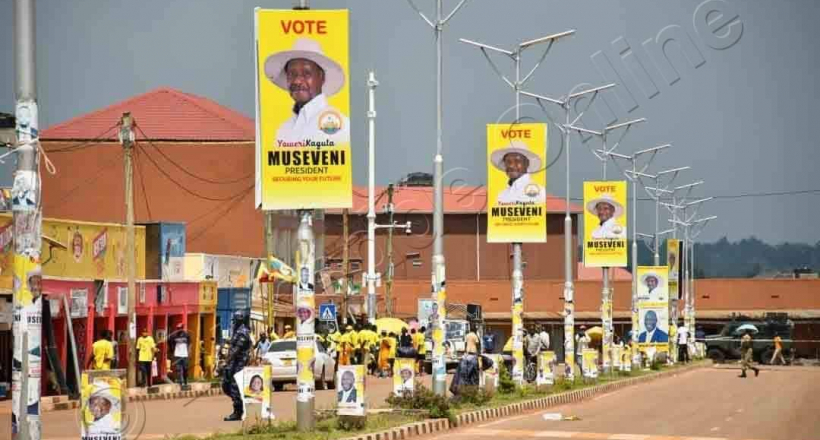 Museveni will highlight key achievements the NRM has registered towards the development of Busoga sub-region in the past 34 years and rolling out a new five-year plan he intends to achieve once re-elected.

Jinja which is the capital of Busoga sub-region boasts of innumerable achievements from NRM since it came to power in 1986.

In health sector, Jinja district has a regional referral hospital in the newly created city of Jinja. The hospital is the largest in eastern Uganda, with the capacity of 600 beds. Jinja hospital is one of the thirteen (13) regional referral hospitals in Uganda. In July 2009, a new 20-bed intensive care unit (ICU) was commissioned. Construction funds were donated by the development partners and the Government of Uganda.

In the infrastructure development, Jinja is one of seven cities across the country that are getting an infrastructure makeover, including new roads, waste management and more. Today, the drive into Jinja is smooth and comfortable. Reconstruction and upgrade of several roads has been ongoing and others are already completed. The redesigned roads have wider, working drainage system, traffic signs, and bus stops. At night, Jinja city roads are lit by solar-powered streetlights.

So far in Jinja, a total of 77.56km of equivalent two-lane roads with associated road infrastructure have been improved.

A new modern bridge, known as the Source of the Nile Bridge, was built across the Nile, connecting the town of Njeru to Jinja. The bridge was completed and commissioned on 17 October 2018.

The district has a new market for fresh produce which was completed during the fourth quarter of 2014. The facility can accommodate up to 4,500 vendors.

Jinja district as an industrial hub

The district has Kakira Sugar Works (KSW), the biggest local employer, run by the Madhvani Group of companies. KSW is one of the largest sugar factories in East Africa, employing over 7,500 people. The factory also generates 50 megawatts of electricity for internal use and sale to the national grid.

The district harbours the headquarters of Nile Breweries Limited in Njeru, a suburb of Jinja city, near the Source of the Nile, from which the brewery has been drawing its water since 1956. Other factories include Magan Meghi Patel Integrated Steel Uganda Limited, one of the leading manufacturers of steel in the region producing 50,000 tonnes of steel products a year and directly employ 1,800 people.

Kiira Motors Corporation, also known as the Kiira EV Project, a locally based startup car company, the first car manufacturing facility in Uganda, based in Jinja.

Speaking at the function, President Museveni told the people that it was important for the country to attract more investors because it would create more jobs for the youths. He observed that Uganda is a conducive destination for investment because the country is peaceful and is steadily developing her infrastructure sector.

In the education sector, the district also has several educational establishments. There are 6 universities and 7 colleges in Jinja district. The district also accommodates four military colleges including the Military Command and Staff College Kimaka. The government has also constructed many primary and secondary schools to facilitate the UPE and USE programmes respectively. There is also innumerable number of private schools which grew as a result of NRM’s policy of education liberalization.

Jinja is commonly regarded as "the adventure capital of East Africa" due to very many activities in town that one could engage in, especially for tourists.

Local attractions include white-water rafting, the "Source of the Nile", Bungee Jumping and many others.