ALL SET FOR MUSEVENI TO CAMPAIGN IN BUSIA. 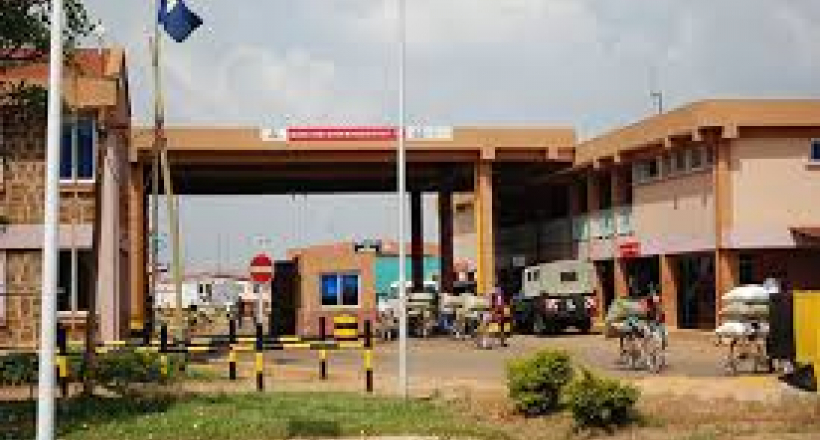 President Yoweri Kaguta Museveni, who is also the National Resistance Movement (NRM) presidential candidate, is expected in Busia on his Bukedi sub-region campaign trail. Museveni is scheduled to address the area NRM flag bearers, incumbent NRM Members of Parliament and district party officials to ask them to mobilize for him for support in a ‘’scientific’’ campaign meeting.

Museveni and his NRM leaders are expected to highlight key achievements that the NRM government has registered in the area in the last 34 years.

Among the key achievements in Busia District, the NRM boasts of 104 government primary schools and 11 government-aided secondary schools with the total enrolment of 97,805 and 14,852 in primary and secondary respectively. Since 1986, the district has registered a drastic decline in the school dropout rate with literacy levels going high.

This is mainly attributed to the NRM party policy on education adopted in 1997 when the government pioneered free Education for all Ugandans and introduced Universal Primary Education. However, the NRM policy is anchored on the belief that education is a fundamental right and it presents the most reliable opportunity for equality in society. Before NRM took power in 1986, education was a privilege for a few, which explains why opportunities were concentrated in a few families and areas of the country. NRM inherited Uganda with low enrolment in education. Over the years, enrolment has grown across all education levels.

In the health sector, Busia district has a total of 81 health facilities. Among these, one is a referral hospital, 6 sub-county hospitals, 12 health centres, 49 dispensaries, 10 Medical Clinics and 6 Nursing Homes.

Government is set to launch a 4MW solar power plant to be connected to the national grid. This is after Busitema University in Busia district announced plans to officially commission its solar plant before the end of the year. The solar plant will boost the country’s solar energy production.

In trade, the intra-regional trade along the Northern Corridor has received a major boost after the opening of the Busia One-Stop-Border Post (OSBP) which was launched by Heads of States of Uganda and Kenya. The Busia OSBP is one of 15 in East Africa financially supported by TradeMark East Africa (TMEA). The Busia OSBP will cut the time taken to clear goods and to cross the border between Kenya and Uganda.

Meanwhile, President Museveni will today launch the Busia Modern market in Busia Municipality. The construction work, which started in April 2017, undertaken by the Chinese firm, Zonghau-Zonghen at the tune of Shillings 24.5 billion. The market will host 3,000 traders, mostly youth and women.

Busia Border Export Zone is also under construction. Once completed, it will; increase in export earnings as a result of improved trade infrastructure, value addition as a result of the demand for quality products, provision of employment, promotion of investment through Public-Private Partnerships at the export zone site, reduction in wastage of produce during transportation, processing and drying, and improvement in standards and quality through the use of improved infrastructure.

The Busia Water Supply and Sanitation Project is part of Uganda’s ongoing Integrated Water Management and Development Programme (IWMDP). The implementation of this project is expected to last 6 years.

Busia District will also have a water intake from Lake Victoria, a raw water pipeline and a drinking water treatment plant. The government is also planning to construct an additional elevated storage reservoir in Dabani with a capacity of 1,720 m³.

In areas where such services never existed before, residents have reason to vote President Yoweri Museveni to continue to steer the country.