Why NRM remains the champion of Africa's integration 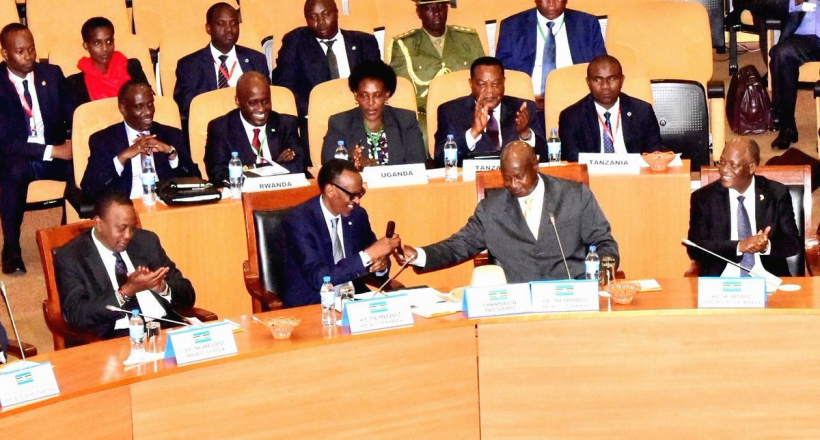 Uganda is an anchor state in championing economic and political integration. Therefore, NRM remains committed to the urgent need for Africa’s economic and political integration. NRM recognises the fact that Uganda’s current market, estimated at 45 million people, is insufficient to guarantee the country and its people’s prosperity. As industries expand to attain mass production, NRM will take advantage of Africa’s market of 1.3 billion people. This is why NRM joined other African governments to sign the African Continental Free Trade Area (AfCFTA) Agreement, which removes obstacles to the movement of goods and people across Africa. NRM will also continue to advocate political integration for strategic security. NRM is aware that economic prosperity alone is not enough. Political integration is the only safeguard against aggression from bigger powers.

This informs NRM’s continued pursuit of integration for prosperity and strategic security. Its commitment to regional issues remains unchanged and this has placed Uganda on the right trajectory. Through collective effort, the democracy rating is rising and maturing while people’s freedoms are entrenched and safe. The social, economic and political gains are cemented and irreversible. We have a lot to be proud of and a lot to be grateful for. At this rate, Uganda is unstoppable in securing your future. 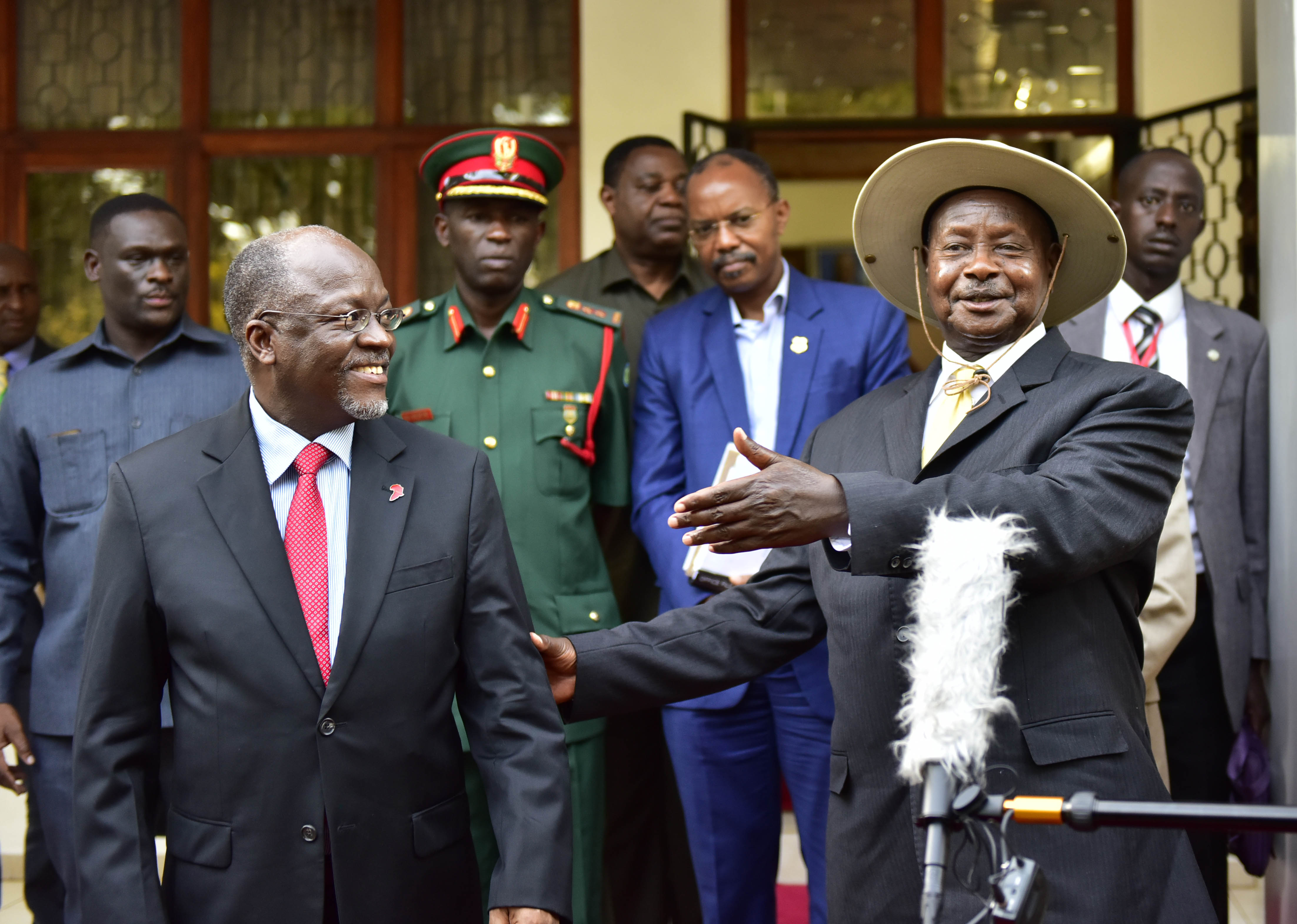 About the East African Federation

When formed, the East African Federation (EAF) would be the largest country in Africa and 10th-largest in the world. With a population of 183,625,246 as of 2019, it would also be the second most populous nation in Africa (after Nigeria) and eighth in the world.

Its population would be greater than that of Russia, Japan and Mexico, and roughly half that of the United States.

Swahili would be the lingua franca while the second official language would be English. Dar es Salaam would be the most populous city in the proposed federation, by city limits, and Nairobi would have the most populous metropolitan area. The proposed capital is Arusha, a city in Tanzania close to the Kenyan border, which is also the current headquarters of the East African Community.

The union's proposed currency would be the East African shilling, which according to a 2013 published report is slated to become the common currency of five of the six member countries by 2023. The GDP (PPP) estimate would be US602.584 billion and be the 34th largest in the world and the fourth largest in Africa, following Egypt, Nigeria, and South Africa. The GDP (PPP) per capita estimate would be US$ 3,286, putting the EAF at 156th in the world.

In the early 1960s, around the time Kenya, Tanganyika, Uganda and Zanzibar were gaining independence from the United Kingdom, the political leaders of the four nations had become interested in forming a federation. Julius Nyerere even offered in 1960 to delay the imminent independence of Tanganyika (due in 1961) in order for all of the East African territories to achieve independence together as a federation.

In June 1963, Kenyan Prime Minister Jomo Kenyatta met with the Tanganyikan President Julius Nyerere and Ugandan President Milton Obote in Nairobi. The trio discussed the possibility of merging their three nations (plus Zanzibar) into a single East African Federation, declaring that this would be accomplished by the end of the year. Subsequently, discussions on the planning for such a union were initiated.

Privately, Kenyatta was more reluctant regarding the arrangement and as 1964 came around the federation had not come to pass. In May 1964, Kenyatta rejected a back-benchers resolution calling for speedier federation. He publicly stated that talk of a federation had always been a ruse to hasten the pace of Kenyan independence from Britain, but Nyerere denied the veracity of this statement. Around the same time, Obote came out against an East African Federation, instead supporting pan-African unity, partly because of domestic political pressures with the semi-autonomous kingdom of Buganda’s opposition to being in an East African federation as part of Uganda but rather as a unit in its own right.

By late 1964, the prospects for a wider East African federation had died, although Tanganyika and Zanzibar did form a union in April 1964, eventually becoming Tanzania.

The federation of the current East African Community into a single state has been discussed, with early estimates of the founding of the federation in 2013. In 2010, the EAC launched its own common market within the region, with the goal of a common currency by 2013 and full political federation in 2015.

South Sudan was approved for membership of the EAC in March 2016, and acceded in September 2016. It would become the 6th member of the East African Federation. It is unclear how the potential accession of South Sudan to the EAC may affect the timeline for federation or the scope thereof, but given the infrastructure problems that persist in the fledgling country since President Salva Kiir Mayardit cut off oil commerce with Sudan, the South has decided to invest in constructing pipelines that circumvent Sudan's, which it had been using until that time.

These new pipelines would extend through Ethiopia to the ports of Djibouti, as well as to the southeast to the coast of Kenya. These collaborations could increase the likelihood of South Sudan joining the East African Federation at some point.

On 14 October 2013, the leaders of Uganda, Kenya, Rwanda and Burundi began a meeting in Kampala intending to draft a constitution for the East African Federation, but in December 2014, efforts for a full political federation had been pushed back to 2016 or later.

In February 2016, Ugandan President Yoweri Museveni described the union as “the number one target that we should aim at”. In November 2016, the EAC Council of Ministers agreed to create an East African Confederation before the East African Federation is eventually created.

In September 2018, a committee of regional constitutional experts and drafters was formed to begin the process of drafting a regional constitution. The committee met for a five-day consultation meeting in Burundi from 14–18 January 2020, where it announced that a confederation constitution would be drafted by the end of 2021. Following approval of the draft by the six EAC states after a year of consultations, the East African Confederation would be established by 2023. The road map towards a full political federation will be discussed in detail at future meetings.