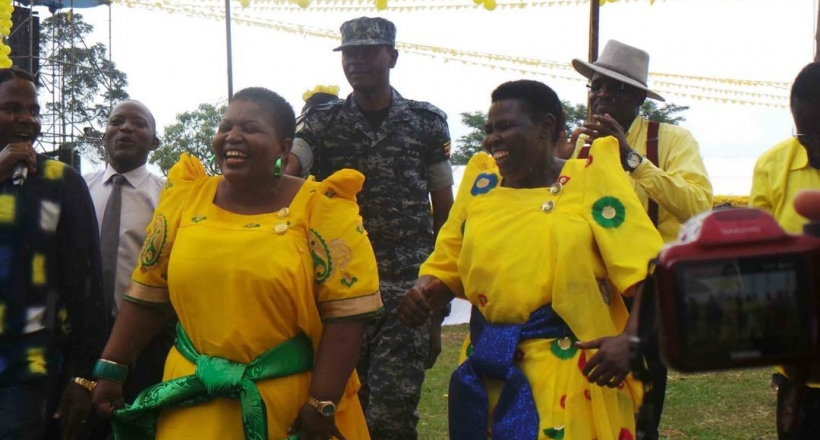 I attribute the ignition of my leadership consciousness to joining Light College Katikamu in 1989, and particularly, to the service in the Chapel in this SDA Church affiliated school given the culture of daily chapel prayers and worship services. Following my conversion to the SDA Church faith in S.2 at the same school, the chaplain of the school - Elder Samuel Kajoba (now Bishop of the SDA Church in Central Uganda Conference – Buganda region) deliberately picked me to lead chapel services one day including preaching and praying. Honestly, it was quite terrifying for me to stand before an audience of more than 1,000 students – not just to read a verse but to deliver a sermon.

I pretended to be sick, being my maiden time to try this out, but the Chaplain insisted that I should lead the prayers and give the words of exhortation.  After the benediction, the Chaplain informed me that I had done so well and encouraged me to improve on that performance.  Since then I became a regular preacher.  This did not only enhance my knowledge of the bible, but greatly boosted my confidence levels and self-esteem and public speaking skills.

My active participation in debates at high school made it easier for me to participate in debating activities at Makerere University which were the spring board for my active involvement in students politics and later participating in formation of Uganda Young Democrats (UYD) which was a firebrand opposition political organisation aligned to the Democratic Party (DP).

The debates at the University that time were directly linked with what was going on at National level particularly the proceedings in the Constituency Assembly, therefore as leaders in UYD, we decided to begin attending CA debates in the strangers’ gallerly.

Its during this time that i  had the opportunity of seeing the people I had been reading about in the newspapers and watching on television.  This blind association encouraged me to keep going back.  I used to skip majority of my first year lectures to attend the congress of the National Caucus for Democracy (NCD) which was the opposition caucus in the CA on support basis.

Each time I sat in the Public (Observer) Gallery, I observed two categories of people; mainly the youth and women.  Some of the young men who really influenced me were late Noble Mayombo, the late Serwanga Lwanga, Rwomushana Charles, and there were many others; their active participations made me realize that the young people actually have prospects in national politics.  The following powerful women politicians also inspired me: Dr. Specioza Wandera Kazibwe, Miria Matembe, Janat Mukwaya Ruth Nankabirwa, Winnie Byanyima, Cecilia Ogwal, among others. The active participation of these two categories of people made mw realize that young people and women have great prospects in this space, this was later ignited by the passion to read more about Uganda’s political and constitutional history. It is from the Constituency Assembly that I derived my inspiration for national politics. This is greatly attributed to NRM’s policy of creating space for women and young people at the decision making table. These women who pioneered in the women movement inspired many of our generation to participate in national and local leadership.

How the NRM Policies have propelled to where i am

During my tenure as a member of Parliament for 15 years, i worked with various women and youth groups for economic empowerment but most importantly, having completed my education by support of a good samaritan, I decided to give back to society by providing bursaries for many young people first through establishment of a Target Community College in Wobulenzi which is now a public school providing USE, this is in addition to those i supported by providing tuition in various schools.

Under the Rose Namayanja Foundation (RNF), I undertake the following;

The writer is the NRM party Deputy Secretary General.

This article was first published in the 1st Edition of the LEGACY Publication, an NRM party publication of May-September 2021