Be conscious about the risk of blood clots 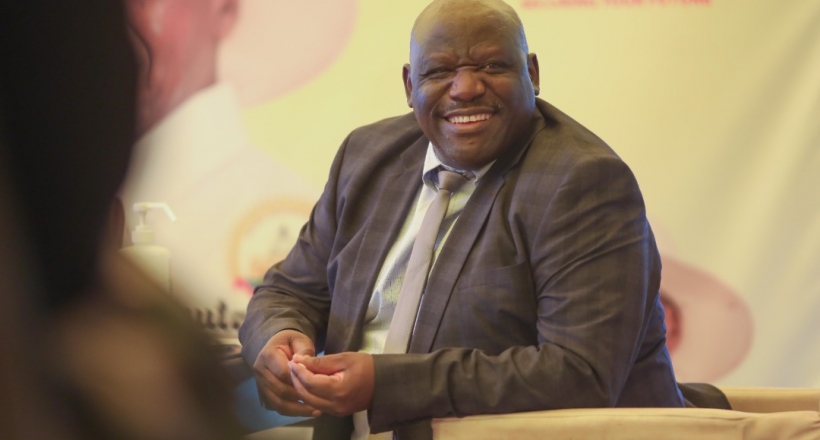 The abrupt death of Maj. Gen Paul Lokech, at a time when not many people where privy to his medical condition has attracted a number of conspiracy theories about what could have caused his death.

The Police Force ordered a postmortem whose findings were published. The findings attributed the cause of death to a blood clot, deep vein thrombosis (DVT) or pulmonary embolism (PE).

These two conditions are extremely dangerous. They should never be taken lightly by anyone. These conditions are usually common with accident victims and long flights. It is, therefore, important for the general public to be sensitised about such conditions and how they can be prevented or managed, should one encounter it. What surprises me, however, is the nature of the response of some medical doctors when their clients get afflicted.

Even in situations one would have imagined it should have been handled as an emergency, some doctors dilly dally, making their clients to deteriorate into fatalities that could have been avoided.

In 2010, I travelled with my wife to the UK for the graduation of our daughter. My wife travelled a day earlier and arrived there first. I travelled the following day and when I arrived on the day of graduation, she was in serious pain and the leg was swelling. She even failed to attend the ceremony at the university because of the pain. When we retired to where we were staying, the pain persisted for the whole night. I kept massaging the leg, not knowing that I was actually making the situation worse, dealing with a condition capable of deteriorating fast.

The following day, the pain was unbearable and in order to try and avoid the medical cost, I decided to consult a surgeon in Mengo Hospital and his reaction almost scared me still. He advised that I should ring ambulance services immediately because the situation I was dealing with was life-threatening!

On informing the ambulance service, which was just across the road and describing the condition, they arrived and what surprised me was that they started the treatment immediately, before evacuating her to hospital. They proceeded with a blood thinning medication, pending an ultrasound (Doppler scan) the following day, because it was a public holiday. The scan on Monday revealed a big clot almost going beyond the knee! The consultant casually joked, that even if Jesus was alive, he wouldn’t have prevented a catastrophe from occurring, if the clot had broken loose! Perhaps, he didn’t know that it must have been the same Jesus, or God for that matter, who had been holding the clot and preventing it from moving. After she had stayed for month in hospital, the bill became big and I requested that she be discharged so that we deal with the remaining issues in Kampala. I had unfortunately travelled without medical insurance, a mistake those travelling should avoid making.

We have since overcome the clot, but after it affected one of the non-return blood valves, which is now a permanent medical condition.

The second experience was when the daughter of Hon. Rose Akol tripped on the steps at Parliament and injured herself around the ankle. It initially looked like a simple knock, but she quickly deteriorated and died, only to be told later that she had died of a clot! This young lady had just been recruited by Parliament, but unfortunately, she died before. It was a sad and painful experience!

I have shared this experience to help others understand that clots can be fatal, especially if handled by a nonconscious doctor. It is sad that Gen. Paul Lokech had to go this way, having survived all sorts of ambushes in war situations. But the only way Gen. Lokech and others who have sacrificed their lives for the peace and stability of the country and the region can be honoured is by ensuring that the causes they fought for and were willing to sacrifice their lives for are jealously guarded. May his soul rest in peace.

The writer is the NRM’s Director of Information