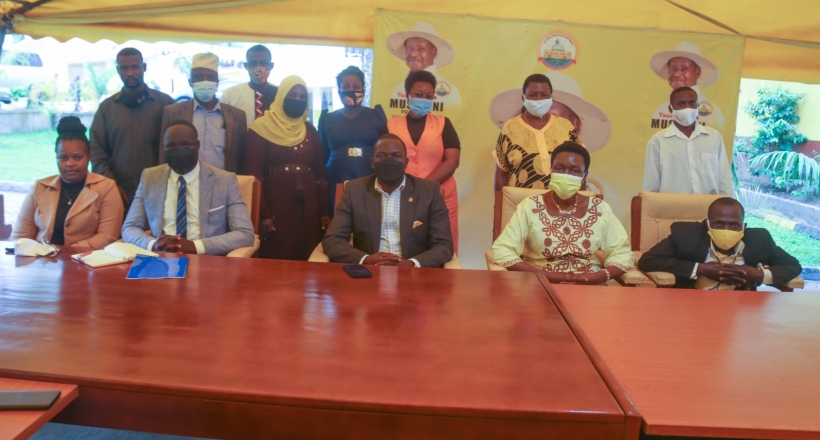 The councillors highlighted several challenges that affect their work including limited facilitation and inadequate information about the available poverty alleviation programs.

The group requested the party’s intervention in ensuring that a policy highlighting their direct participation is formulated. This, according to the councillors will give them relevance among their electorate and in turn will popularize the NRM party at large.

In his response, the Secretary-General told the councillors that since Wakiso, Kampala and Mukono face challenges that are unique and different from other districts, the government is designing a special program that will tackle the emerging issues of rapid urbanization and related challenges like poor housing, land grabbing and poor garbage disposal among others.

“As the government, we shall sit with you (NRM councillors) to analyse issues affecting the people of Kampala Metropolitan and later design a lasting solution,” Rt Hon. Todwong told the councillors.

The National Treasurer Amb. Barbara Nekesa told the group that the party had embarked on training members and equipping them with the right ideology through the weekly ideological ‘clinics’ before assuming any positions of responsibility.

She also asked them to engage in community barazas organized by the Office of the Prime Minister to interact, explain and also have a fair knowledge about all government programs in their respective areas.

On her part, the NRM Director for Mobilisation, Hon Rosemary Seninde cautioned NRM leaders and party members against backstabbing each other, noting that the vice was one of the factors that cost NRM its support in the central region.