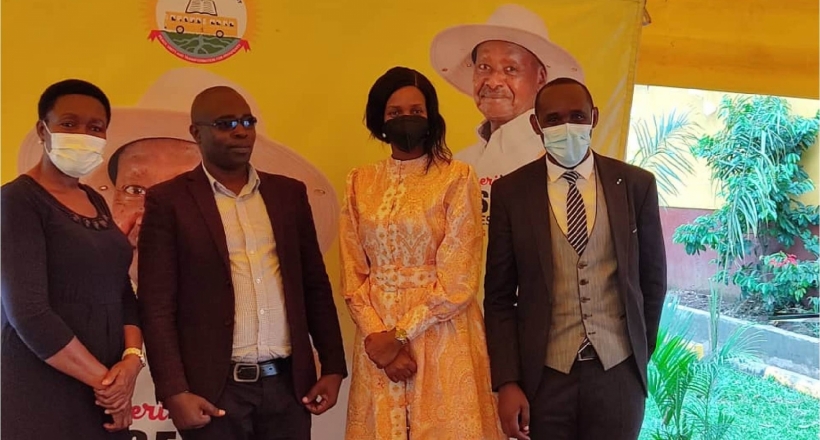 In company of Gomba District woman MP, Hon.Sylivia Nayebare, Abigaba was welcomed by Hon.Rosemary Seninde, the NRM director in charge of mobilisation today afternoon at the party’s secretariat on Kyadondo road, Kampala.

In his comments, Mr.Abigaba said he has decided to join the mass party due to its clear-headed ideology compared to the opposition parties.

"Our founder and leader has abandoned the party and every member seems to be doing their own things. Today, Besigye and his camp are in politics of red card and this has no strategy and sense of direction,” Abigaba remarked.

Hon. Rosemary Seninde, while welcoming Abigaba, said the NRM doors are open to whoever wants to join the movement due to its clear ideology.

“Since you have been a great mobiliser in the opposition, I urge you to work with NRM leaders in Gomba to grow and expand our support,” Seninde told the convert, adding that it is this ideology which has enabled the party to grow stronger by day.

Hon Sylivia Nayebare thanked director Seninde for her warm reception and pledged to support Abigaba and other party leaders in implementing the party manifesto to secure the people’s future.