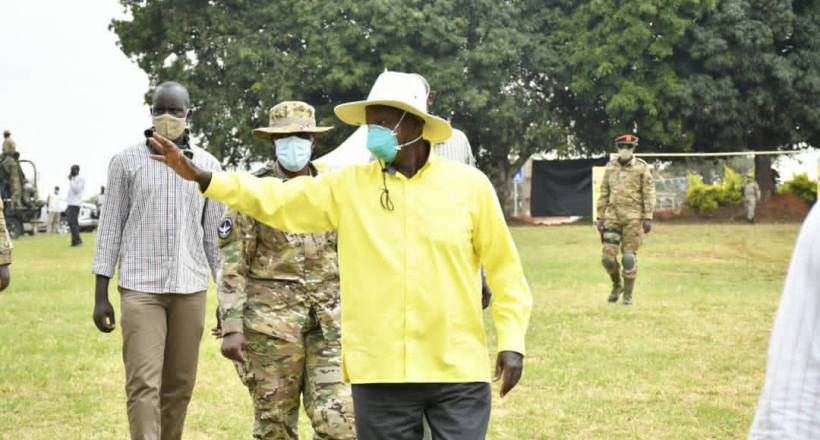 National Resistance Movement party presidential candidate, Yoweri Kaguta Museveni, is today in the oil-rich Hoima district, Bunyoro sub-region for his scientific campaigns. Museveni will meet and address a select team of NRM leaders including party flag bearers from districts of Hoima, Buliisa and Kiryandongo. He will ask for re-election through recounting NRM achievements registered in the area, including the opportunities the government is extending in the region due to the oil mineral resource discovered in the region.

The NRM’s policy in the next five years will be focusing on constructing three primary schools in parishes without a government Primary School.

Hoima district is to benefit from Uganda Secondary Education Expansion Project (USEED). The project is due to start in 2021/2022 in Busiisi Division Sub County and five schools will benefit in this project.

In water supply, the district has a total number of 338 villages of which at least 50% access clean safe water. The government’s target is to raise coverage to reach 100%.

A total of 05 solar powered piped water supply systems have been developed in Bunyoro sub region. In Hoima, Kitembeka is still under construction in Kitoba Sub County. The district also has a total number of 5 hand pumped bore holes which were drilled in villages without a safe water source in the sub counties of Ngwedo, Businsi, Buhimba, Buhanika and Kyabigambire.

In road infrastructure, Government with the help of development partners has funded the upgrading of Kyenjojo-Hoima-Masindi-Kigumba road (235km). The road is known as the great Bunyoro road.

Being an oil-rich district, many other oil roads have been constructed and others are nearing completion. They include Kabwoya-Kyenjojo road (100km), Kigumba-Bulima section (69km) and Bulima-Kabwoya Section (66km). These roads link Hoima to other neighboring district. The government has prioritized construction of these roads to enhance economic activities in the Bunyoro sub region.

Works on 3.09 Km of town roads in Hoima are being undertaken in addition to the main projects.

Other infrastructure include the ongoing construction of Kabaale International Airport in Hoima district, The 13.7 billion Hoima central Market in

The district has 11 sub counties connected to the national grid and 6 without power; the extension of electricity is ongoing in the 6 sub counties without power namely; Kyabigambire,   Kisukuma, Kapaasi, Kiganja, Bombo and Kijongo.