NRM is a vanguard of peace, security and stability of Uganda 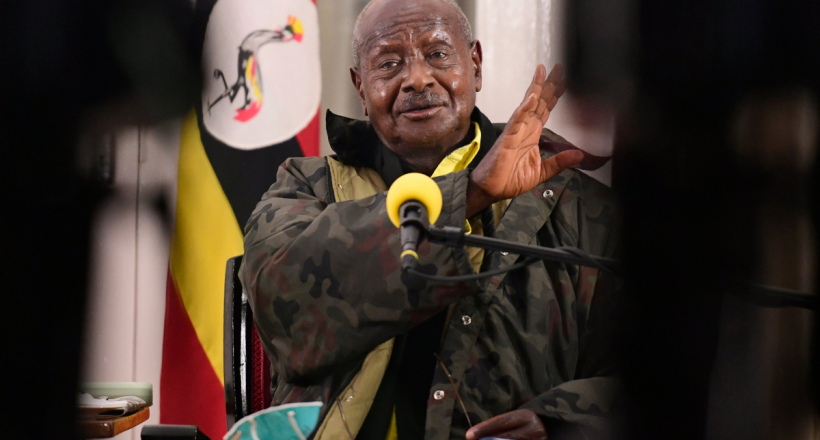 With the theme “Securing Your Future” the ruling government's, Manifesto states its aspirations in transforming Uganda from a low income society to a competitive middle income country. However, to achieve the aspirations of the government, peace and security remain key elements.

For over three decades now, security of people and property has been the biggest milestone of the ruling NRM government. The country has for more than 20 years now not experienced any security threats. Guns went completely quiet when the government defeated Alice Lakwena’s Holy Spirit Movement, Joseph Kony’s Lord’s Resistance Army, Jamil Mukulu’s Allied Democratic Front (ADF) and the Force Obote Back (FOBA), ushering in total peace for the first time for more than 50 years.

This is not to say that there have not been incidences of upheavals such as cattle-rustlers in Karamoja who were armed with modern guns and more recently, the infamous bijambiya (machete) killers that terrorised urban dwellers in the country. However, the quick intervention of the security forces, including the national army the Uganda People's Defence Forces (UPDF) overcame these challenges.

Anchored on the ideology of being a pro-people army, the UPDF upholds values of discipline and respect for humanity.

By policy, recruitment into the UPDF is by a district quota system which was instituted to ensure that all tribes in Uganda are represented in the national army unlike the colonial and the post-colonial armies that were recruited from only one part of the country.

Through the NRM ideological principle of Pan-Africanism, Uganda has deployed the UPDF to help in the pacification of other African countries including Somalia. Uganda has also worked closely with her brothers and sisters in South Sudan to improve peace. This has proved pivotal in promoting trade with the neighbouring country.

In the new manifesto, the NRM pledged to continue strengthening the army and Police to ensure peace but also law and order in all parts of the country.

Since 1986, NRM government has consistently placed unwavering focus on strengthening the foundation components of Uganda’s national security. Through capacity building in the Uganda Police Force, NRM has reinforced state guarantees on the security of person and property. This correlates with increase in the respect of protection of human rights and freedoms as well as the existence of a vibrant civil society. NRM has improved the capacity of the Uganda Police in numbers, quality and equipment. In 1986 the Police had diminished in numbers but after NRM’s deliberate efforts, it has now grown from 3,000 to 46,000. The police-to-person ratio is now at 1:800 against a target of 1:500.

The quality of the Police has also improved after deliberate emphasis on recruitment of better educated persons including university graduates. In order to curb the recent criminality in the city, the Government installed closed circuit television cameras (CCTV) in the city and along the highways. These cameras have already helped in netting some criminals.

Before capturing power in 1986, the prevalence of insecurity in Uganda and parts of other African countries was high. Ugandans and many other Africans were insecure, living in fear.

An average Ugandan would hastily hide whenever they met soldiers or policemen. NRM democratised the country right from the local level, politicised and disciplined the army and police, and made them interact with the people.

In 1966, government troops on orders of then Prime Minister Dr. Milton Obote attacked the Lubiri and the President of Uganda who was also the Kabaka of Buganda, was overthrown and ended up in exile, Uganda was insecure.

During Amin’s era (1971-1979), so many innocent Ugandans were killed in cold blood. These extra-judicial killings made it difficult to live in Uganda, and as a result, many educated Ugandans fled to exile.

The Obote regime 1981-1985, was also characterised by insecurity of persons and property. In July 1985, Obote was overthrown by the army. It was not until the NRM government came to power in 1986 that relative peace started to prevail.

Article 209 (d) of the Constitution gives the defence forces mandate to engage in productive activities for the development of Uganda. While it continues to execute its mandate, the army has in peace time engaged in economic transformation to deal with economic security. It has contributed to:

a)  Fighting against locusts in eastern Uganda.

b) The UPDF Engineering Brigade trained in railway works has been instrumental in the rehabilitation of the Meter Gauge Railway.

c) National Enterprise Corporation (NEC) is also engaging in other businesses like road construction and soon their pharmaceutical factory will start manufacturing medicines.

In addition, in a joint venture, NEC will soon start making textiles and leather products (shoes) at their new factory at Buikwe Industrial Park. Over the next five years, NEC will focus on industrial Research and Revelopment (R&D).

The Defence Sector will continue to uphold its Constitutional mandate of defending and protecting the sovereignty and territorial integrity of Uganda, the People and their Property.